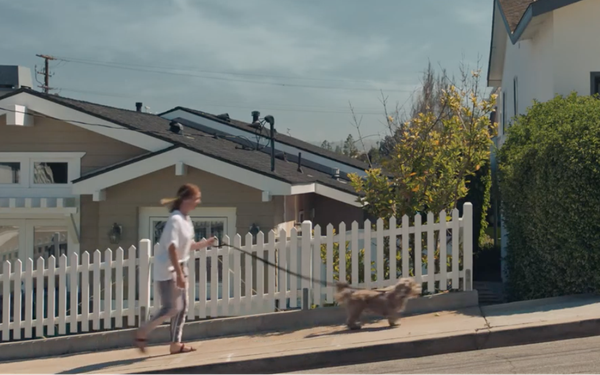 The 30-second spot “Who Wants a Walk?” from BBDO New York features a dog who ends up tuckered out and hiding under a chair by the end of the spot, after being walked by numerous family members.

The spot educates about Nutro’s “clean” food philosophy, focusing on its role in helping pets maintain an active, healthy lifestyle.

The effort focuses on the “new normal” for dog owners nationwide, says Craig Neely, vice president of marketing, Mars Petcare. “It showcases what many of us are feeling right now -- the need to just get out of the house and walk,” Neely says in a release. “It also pokes some fun at the impact that has on our dogs, who tend to be our favorite walking buddies.”

The CDC recommends that dog owners not let pets interact with people or other animals outside the household. Dogs should be walked on a leash, maintaining at least six feet of distance from other people and animals. Owners should avoid dog parks or public places where a large number of people and dogs gather.

BBDO New York was challenged to produce the spot during shelter-in-place orders in Manhattan Beach, California. The agency partnered with O Positive and director Jun Diaz.

In order to bring the spot to life, the team had to find a director of photography who could safely shoot the work from his/her own home, which needed to come fully equipped with a family, a dog, and a grassy neighborhood to walk through.

Colin Wilkinson fit the bill perfectly and was able to film the commercial in his own home using his family as both talent and lighting/camera crew, also featuring their cockapoo, Tucker, as the star. The production was mostly virtual to abide by social distancing guidelines, with Diaz directing, and later editing, remotely from Los Angeles. The creative was produced in two weeks’ time from concept to post-edit with a minimal crew.

The spot is airing on national TV and will also air on full episode player and online video.