Data In, Garbage Out: How To Avoid Turning Your Targets Into Trash 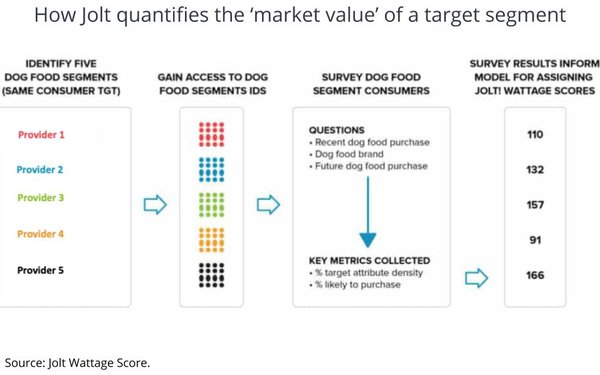 One of the unintended consequences of the ad industry’s shift from audience measurement to audience data for targeting media has been a complete and utter breakdown in standardization.

As weak as audience measurement proxies like demographics and GRPs have been for understanding who consumers actually are, they have at least served as common currency that people on the supply and demand side could plug their own values and attributes into.

But the rampant availability of new sources of audience data -- and of data management platforms to organize them -- has created a kind of “Wild West” for audience targeting that requires buyers and sellers of media to think not just about the outputs, but the inputs that led to those conclusions.

Making matters worse, many of the biggest and best-in-class of these data platforms -- companies like Acxiom, Epsilon, and Merkle -- are now owned by the big agency holding companies, raising profound questions about the “neutrality” of the data, requiring clients to think not just about the representativeness of the data, but other agendas too.

Last week, the Association of National Advertisers (ANA) issued a “Buyer’s Guide” to help big advertisers understand how to vet sources of audience data, and as good a starting point as it is, it’s just the beginning of establishing best practices, and industry norms.

What the ad industry really needs is some new standards. The last time that kind of Wild West existed for the ad industry -- the TV ratings scandals of the late 1950s and early 1960s -- it led to Congressional hearings and a Department of Justice review that gave birth to a new self-regulatory authority -- the Media Rating Council -- that helped maintain audience measurement standards for half a century.

The MRC reportedly is beginning to look at what kind of role it can play to help marketers create some standards for vetting audience data, but in the meantime, some well-regarded industry entrepreneurs have stepped forward to fill the gap.

Over the past year, three of the ad industry’s leading research authorities -- Sequent Partners, Rubinson Partners, and Pre-Meditated Media have come together to form a new ad hoc consultancy to do just that. The consortium, dubbed Jolt!, utilizes tried-and-true scientific research methods to evaluate and benchmark the accuracy and effectiveness of a source of audience data to determine what the explicit ROI is of using to buy media.

In many cases, the consortium takes a “sub-sample” of the audience data a client intended to use, and conducts its own research, recontacting users in the sample to validate their composition and attributes.

For hard-to-measure segments, including a multicultural segment like Hispanics, the discrepancies could range from underdelivering 25% to 70% of a brand’s target audience impressions, says Sequent Partners’ Alice Sylvester.

“That’s one-third to two-thirds of your impressions,” she says, adding, that the impact on the CPMs -- or cost-per-thousands -- of buying media based on those estimates could effectively be 50% to 300% higher than what a marketer or agency thought they were paying.

That’s one of the main reasons Jolt! has been working with the Alliance for Inclusive and Multicultural Marketing (AIMM), a division of the ANA focused on ensuring the representation of multicultural segments in advertising and media.

It’s hard, roll-up-your-sleeves kind of work, but the consortium is used to those kinds of projects. For the past several years, Sequent Partners has been evaluating a similar Wild West of attribution providers and holds regular summits and publishes directories to help the industry understand their approaches and claims.

So it makes sense that they would make the next big leap directly into evaluating the data itself.

It may be an old metaphor, but I believe the early computer programming concept of GIGO -- or garbage in, garbage out -- pertains to the new world of audience data targeting. Because if Jolt! has proven anything, it has demonstrated, when it comes to data, it’s time to take out the trash.

audience targeting, data, data management, media buying
5 comments about "Data In, Garbage Out: How To Avoid Turning Your Targets Into Trash".
Check to receive email when comments are posted.
Read more comments >
Next story loading