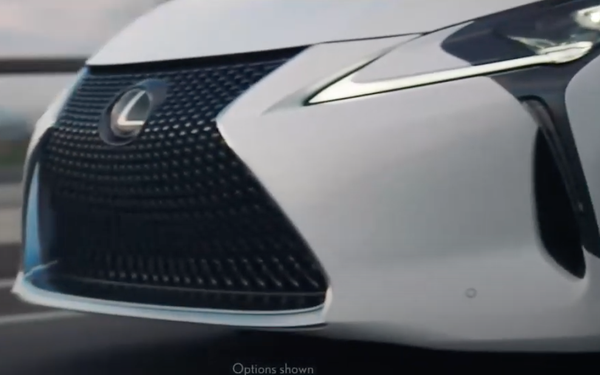 With states beginning the reopening process, Lexus is shifting the tone of its ads.

The effort includes new spots from Team One, including “Questions,” which broke this week.

“Where will you go first?” asks Minnie Driver, who has been providing voiceovers for Lexus commercials since its Super Bowl spot in 2017. “Will it be familiar streets, or perhaps unknown roads? Wherever you may go, Lexus will welcome you back with exceptional offers. Find a Lexus for every road at Lexus.com.”

The 30-second spot ends with the ongoing tagline “Experience Amazing” and a shot including the Lexus vehicle iineup.

A second spot, “The Road Ahead,” uses aerial footage to let people virtually travel their favorite roads again and discover new ones. Drones smoothly hover along the streets as if they were cars conveying  views of roads and destinations people will now be able to reach again — in a Lexus.

Lexus replaced national ads -- including sales event messaging -- with pandemic-themed advertising starting March 26.  “The People Business” used the voiceovers of Lexus dealers to remind viewers that Lexus has always put people at the center of its business.

“As the focus shifts to thoughtful reopening, our new campaign is the first phase of welcoming guests back to dealerships online and in-person, whenever they are ready,” Materazzo tells Marketing Daily. “We understand that guests have been quarantining at home, and we wanted to create an inspiring and optimistic campaign inviting customers to imagine new journeys they will take -- whether that's now or sometime in the future.”

While no new product spots have been produced lately, the Toyota luxury brand has expanded the library of ads available to dealers for airing in local markets, she says.

“These include imagery that is more in keeping with these times of social distancing -- in some cases, pulled from previous footage, and in others by accessing creative from global markets,” Materazzo syas. “Anything new likely won’t be airing until later this summer.”