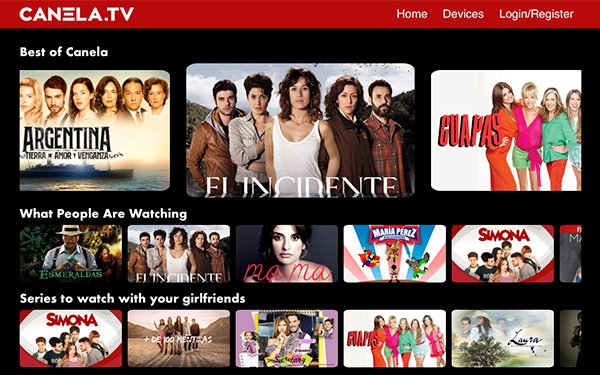 Cultural programming is available in Spanish and English, geared to U.S. Hispanics.

Isabel Rafferty, CEO-founder at Canela Media, tells Television News Daily: “Our content is attractive to all demos, including children. We see value in providing diverse content, but our main target is between 18-44, with the millennial audience being the most important to us.”

Noting that millennials are prone to cord-cutting, the demographic choice was deliberate. “The Spanish content offered up until now in traditional media targets older audiences, and we want to change that,” she adds.

The timing is right: More than seven in 10 Hispanics stream movies and shows on a weekly basis, according to Mintel.

Canela Media is notable for being a minority and female-owned company, which she believes “inevitably has an impact on the content featured on Canela.TV.” While its principals curate with both male and female viewers in mind, it skews slightly to women.

Will Canela ever team for original co-productions?

“We want to tell the Latino stories that have not been told. We see that Hollywood keeps portraying Latinos as Narcos, gardeners, and are missing the inspirational stories of the U.S. Latino. We are eager to start producing those stories on our own,” Rafferty tells TVND.