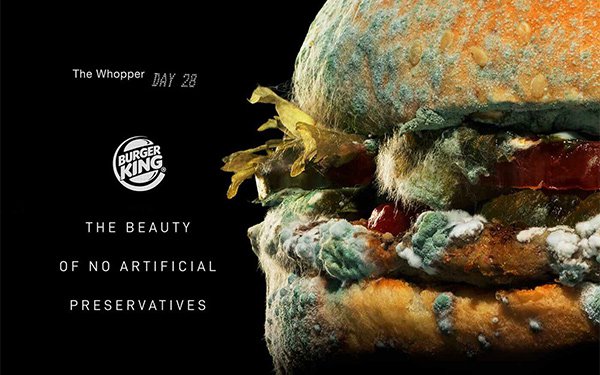 Burger King’s “Moldy Whopper” received 23 finalist spots for this year’s The One Show awards. The creative which compared the freshness of the chain’s hamburger to rival McDonalds via time-lapse video was developed by INGO Stockholm, David Miami and Publicis Bucharest.

Two campaigns tied for the second most finalist nominations at 18 each: “JFK Moonshot” by Digitas Boston with Unit 9 London for JFK Presidential Library and Museum, and “Project Understood” by FCB Canada Toronto on behalf of Google AI/Canadian Down Syndrome.

McCann New York ranks as the agency with the most One Show finalist entries this year with 61, followed by BBDO New York with Sanctuary Los Angeles (39 entries) and FCB Chicago (31 entries).

In total, The One Show 2020 juries selected 1,669 finalists representing 46 countries. All finalists will win either a One Show Pencil or Merit during a special streaming event held in mid-June.