How Curiosity Turned 'Duke Bush' Into An Award-Winning Media Star 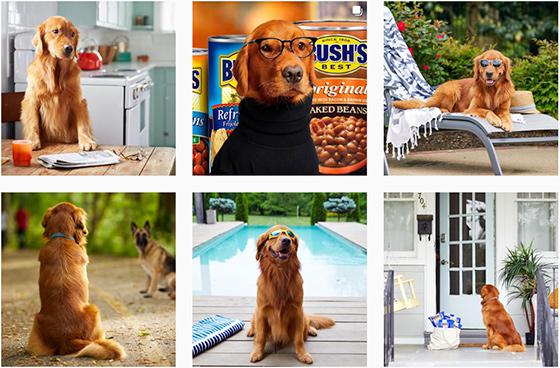 Cincinnati-based Curiosity recently nabbed the 2020 Best Social Webby Award on behalf of Bush’s Beans for its work with celebrity spokes-dog, “Duke Bush.” The shaggy golden retriever beat out a basset hound that had millions of followers with his mere 17,000 fans.

Curiosity first launched the Duke Bush @itsdukebush Instagram campaign in 2019 with the hope the shop could transform the brand icon into a full-fledged social media influencer. Duke slowly built up his fan base through a mixture of soft product plugs while offering a look into his “everyday” life. This includes nights at the office, dog yoga, and red carpet moments.

The agency planned content for Duke months in advance, looking ahead at cultural trends that would impact millennials, such as the release of Taylor Swift’s new album “Lover” and the debut of the new season of “Stranger Things” on Netflix. This expansive social presence led to 150 million impressions in a few short months and a 65% increase in millennial followers.

“Pets often outperform humans on social media,” explains Jeff Warman, Chief Creative Officer, Curiosity, “There really has never been a better time to tell Duke’s side of the story.”

The agency also sent Duke Bush to Petcon, a conference for famous pets to interact with fans. The Bassett Hound was also in attendance.

In addition, the campaign worked with Dogs of Instagram (@DogsofInstagram), a community of 4.7 million dog lovers as well as documented his delivery of Bush”s Beans cans to select fans and influencers through a partnership with Peapod.