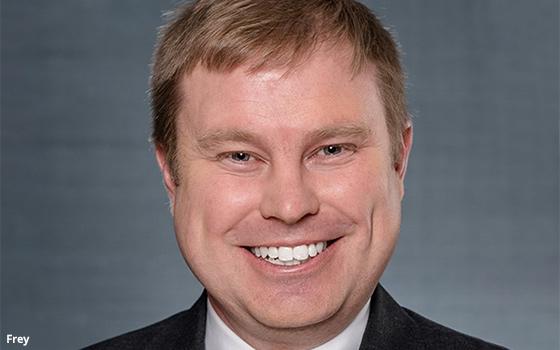 Frey is urging U.S. District Court Judge Lance Walker in Bangor to reject a challenge to the measure by the broadband industry, which contends that the law violates carriers' free speech rights by restricting their ability to collect and use consumer data.

“Maine’s Law is guided by the urgent need to safeguard the privacy of Internet consumers,” Frey writes in papers filed this week.

Frey argues that the measure only applies to “commercial speech,” which isn't protected by the First Amendment to the same extent as other types of speech.

“The law’s restrictions on commercial speech are in reasonable proportion to the privacy interest they serve,” the Attorney General writes.

The measure only applies to companies that offer broadband access, like Comcast and AT&T, as opposed to search engines, social networking platform and other so-called “edge” providers.

Lobbying groups including ACA Connects -- America's Communications Association, CTIA -- The Wireless Association, NCTA -- The Internet & Television Association, and USTelecom -- The Broadband Association, sued in February to strike down the measure.

In addition to arguing the law unconstitutionally restricts their right to access information, the groups argue that the law wrongly subjects internet service providers to tougher privacy standards than “edge” providers.

The broadband carriers argued that it's “irrational” to hold internet access providers to a different standard than other businesses that draw on consumer data.

Frey is urging the judge to reject that argument as well.

“Discovery will demonstrate that ISPs occupy a distinct position in Internet commerce,” the attorney general writes. “Indeed, unlike their relationship with edge providers, customers must engage with an ISP every time they use the Internet.”

The legal papers include an affidavit from Princeton University's privacy expert and computer scientist Jonathan Mayer, who argues that broadband providers often have more information about consumers than other types of online companies.

“A typical online service only observes how consumers interact with the service itself,” he writes. “ISPs, by comparison, have access to a wide breadth of information about what consumers do online -- with a perspective that spans websites, applications, and devices.”

“There are only a handful of technology giants (e.g., Google and Facebook) that have broad visibility into a consumer’s activities across diverse online contexts,” Mayer adds. “And even then, there are numerous distinctions between the technical capabilities of ISPs and those of the technology giants.”

Digital rights groups ACLU, Electronic Frontier Foundation and the Center for Democracy & Technology also weighed in against the broadband providers.

The groups noted that broadband providers have a history of privacy controversies -- such as Verizon's prior practice of inserting tracking code into all mobile traffic.

“Our use of the Internet reveals deeply private information about us, from the contents of our communications to details about our finances, health, and exact location,” the groups write in a friend-of-the-court brief filed Friday.

“Broadband providers have a proven track record of privacy-invasive practices, yet we have no choice but to rely on them for access to the Internet,” they write. "And in much of the country, particularly in Maine, we have little, if any, choice among them. These realities pose a serious threat to our digital privacy, which in turn implicates our willingness to speak freely and our ability to remain secure, both online and in the physical world.”