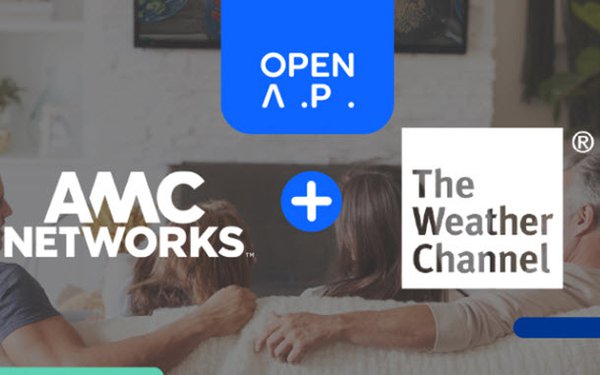 AMC Networks and The Weather Channel are the latest companies to make their television inventories available through OpenAP Market, which was opened up to all advertisers as of last October.

It became the largest such advanced advertising platform as of this past December, when CBS added its inventory after its merger with Viacom, which was a founding member of OpenAP.

Reflecting its emphasis on enabling ad buyers maximum flexibility in their cross-platform media strategies, AMC Networks is also a participant in AT&T's Xandr, OpenAP's direct competitor. AMC joined Xandr, along with Disney and WarnerMedia, in April.

Xandr has been undergoing changes as part of AT&T and WarnerMedia restructurings, starting in March with the resignation of the unit's then-CEO, Brian Lesser. Last month, AT&T announced the merger of Xandr into the WarnerMedia entertainment division. The unit’s leader, Chief Business Officer Kirk McDonald, now reports to Gerhard Zeiler, WarnerMedia’s chief revenue officer and international president, who oversees all advertising across AT&T.