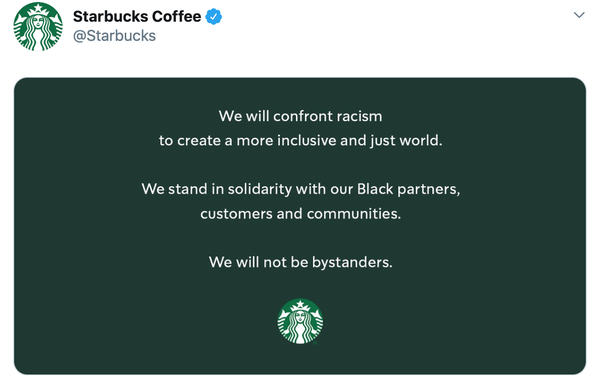 Brands ran the gamut in their responses to protests in the wake of George Floyd’s brutal death at the hands of a Minneapolis policeman, from sizable charitable donations to social media proclamations and executive statements.

Minnesota-based UnitedHealth Group is making a $5 million donation and funding for 25,000 employee volunteer hours to help businesses in Minneapolis and St. Paul restore operations. The company also is giving $5 million to the YMCA Equity Innovation Center of Excellence in memory of Floyd. Finally, the company will establish and administer a dedicated Diverse Scholars trust fund to help support Floyd’s children’s education through undergraduate college or equivalent achievement.

YouTube pledged to donate $1 million to social justice causes, and executives encouraged employees to take Tuesday off in solidarity with nationwide protests of police violence against African Americans.

Airbnb is donating $500,000 to the NAACP and the Black Lives Matter Foundation.

Starbucks tweeted that it will “confront racism to create a more inclusive and just world...." (see image above for complete quote). Starbucks’ CEO Kevin Johnson posted a letter on the company’s website including details of a 90-minute online forum held Saturday to discuss racial injustice that was attended by 2,000 employees.

Adidas posted on Instagram, where the company’s account has nearly 26 million followers. “Together is how we move forward,” one of the company’s statements read, under the word “RACISM” crossed out.

WarnerMedia brands including HBO pinned #BlackLivesMatter to their social media feeds. Live Nation and TikTok posted that they planned to stand with the black community.

Netflix tweeted that “to be silent is to be complicit. Black lives matter.” Amazon tweeted “the brutal and inequitable treatment of Black people in our country must stop.”

“We can fix the damage to our stores. Windows and merchandise can be replaced," ”Nordstrom posted on its website. "We continue to believe as strongly as ever that tremendous change is needed to address the issues facing Black people in our country today."