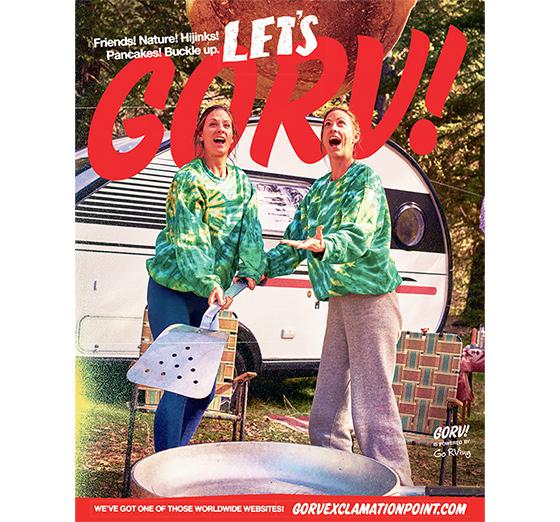 GoRVing is launching a new campaign aimed at Millennials. The campaign, developed with The Richards Group (TRG), seeks to showcase a  different side of RVing, with humor that younger people can relate to.

“The Millennial — and really, just younger adventurer — audience has an even bigger affiliation issue with RVs and RVing than most consumers,” explains Sue Batterton, Creative Group Head/Writer, TRG. “When they close their eyes and picture an RV, it is always a very large, very expensive, and typically very beige, motor home. And when they think about who is behind the wheel, it is invariably a retired couple.”

The campaign’s centerpiece is TheRealGoRV.com hub that hosts images, information and advice. The Richards Group is responsible for the entire creation, from conception to every video, illustration, SFX, and piece of code for laptop and mobile.

The creative also extends across multiple social and digital platforms; print and posters; and a video plan for connected TV, YouTube, and other platforms.

The tonal messaging expands GoRVing’s previous target audience of families and seniors to speak directly to Millennials for the first time. The website content, for instance, uses humor and bright images. One image of a redwood forest tree with googly eyes is adorned with the message “don’t push.”

Although the content was filmed before COVID-19, the agency’s creative teams did make some adjustments to early posts with that sensitivity in mind, adds Batterton. Thankfully most cast members are outdoors and abiding by CDC recommendations. “And in some cases, socially distancing to the extreme of Sasquatch,” she quips.