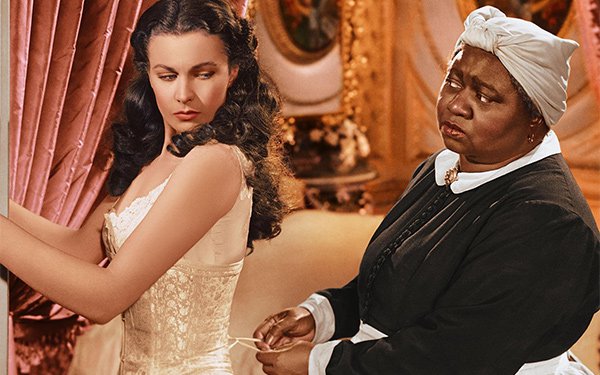 Entertainment content is beginning to reflect heightened awareness of racism, as the nationwide protests ignited by the police killing of George Floyd on May 25 continue.

In two highly visible examples from separate companies yesterday, WarnerMedia announced that it has temporarily pulled “Gone With the Wind,” from HBO Max, and Paramount Network cancelled “Cops” in advance of the show’s 33rd season.

“Gone With the Wind,” based on Margaret Mitchell’s bestselling novel and released in 1939, is one of the most well-known and awarded films in history. In 1940, it won eight Academy Awards, including Best Picture and Best Supporting Actress for Hattie McDaniel's portrayal of Scarlett O'Hara's maid, "Mammy" -- making McDaniel the first black actor to win an Oscar. But both the book and the movie have long been criticized for depictions that romanticize slavery and perpetuate demeaning stereotypes of black people.

HBO Max issued a statement saying that the movie is “a product of its time and depicts some of the ethnic and racial prejudices that have, unfortunately, been commonplace in American society.”

The film will at some point be returned to the platform, but with “a discussion of its historical context and a denouncement of those very depictions,” the company said. It will be shown as originally created, “because to do otherwise would be the same as claiming these prejudices never existed. If we are to create a more just, equitable and inclusive future, we must first acknowledge and understand our history.”

HBO Max’s move follows an editorial in the Los Angeles Times on Monday by John Ridley, the Oscar-winning screenwriter of “12 Years a Slave,” calling for “GWTW” to be taken off HBO Max for “a respectful amount of time.”

He suggested that it not be censored, but reintroduced to the platform at some point “along with other films that give a more broad-based and complete picture of what slavery and the Confederacy truly were," and perhaps “paired with conversations about narratives and why it's important to have many voices sharing stories from different perspectives rather than merely those reinforcing the views of the prevailing culture."

In contrast, ViacomCBS-owned Paramount issued a terse statement about “Cops,” which features footage of police pursuing and arresting suspects: “Cops is not on the Paramount Network and we don’t have any current or future plans for it to return.”

The show’s 33rd season had been set to start on June 8, but Paramount hadn’t aired any episodes of the show since at least June 1, noted The Hollywood Reporter.

Paramount (then called Spike TV), picked up the show in 2013 after it had 25 seasons on Fox.

Also as of early June, A&E stopped running episodes of “Live PD,” which films police patrols in near real time and has become the network’s highest-rated show, with about 2 million viewers per episode.

A&E had recently ordered 160 more episodes, but a source told THR that airing of new episodes this Friday and Saturday is “unlikely,” although the A&E is still evaluating the situation.

"Out of respect for the families of George Floyd and others who have lost their lives, in consultation with the departments we follow, and in consideration for the safety of all involved, we have made the decision not to broadcast Live PD this weekend," A&E stated at the time.