Kia Prods Consumers To Remember The Joy Of The Road Trip 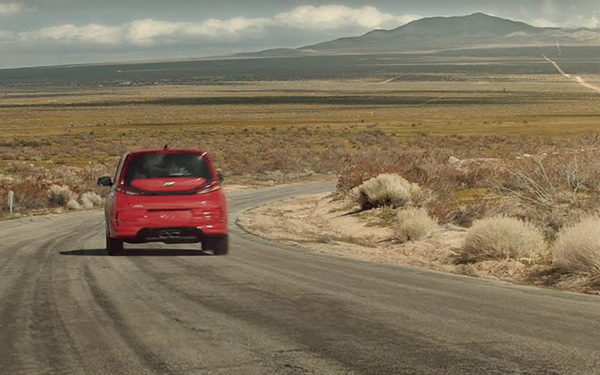 Kia Motors America is capitalizing on the pandemic-driven apprehension about flying to remind consumers how much fun it is to road trip.

“Let’s Road Trip,” from AOR David & Goliath, is a nod to the nostalgic days of the summer road trip as the country slowly begins to reopen. The campaign was created in the spirit of Kia’s brand ethos, “Give It Everything.”

Creative knits together curated vintage 8mm footage from the golden age of the road trip with present-day imagery from Kia’s model lineup. “It connects the past with the present, or, more importantly, provides us with a glimpse into our future,” according to the agency.

“Remember how we’d just get in our cars and drive?” asks the voiceover  over a series of retro, nostalgic shots such as a little boy ready to depart with his suitcase, a father and son on a fishing trip and a waving rancher passing by with his herd. “It didn’t even matter where to. Well, it’s time to reclaim the road trip. All it takes is a loose plan and a solid set of wheels.”

The spot, which debuted nationally June 5, doesn’t shy away from the reality of the new normal. “It might be a while before we’ll see America from 35,000 feet,” states the voiceover with the visual a view out an airplane window. “But the view from six feet is even better.”

The spot also references the “stay-home” self-isolation many of us have been facing, in some cases for three+ months. “Let’s throw open the deadbolts and feel alive again. Let’s point our hood toward the horizon, and listen to that turbocharger rumble.”

The voiceover reminds us of some of the pleasures of stopping along the way, like for boiled peanuts (a Southern delicacy) -- before ending with an aerial shot of a lone highway cutting through the Texan plains, and the call-to-action: “C’mon America, let’s pick up where we left off. Let’s road trip.”

The spot “underscores our shared human need for freedom, something that’s been curtailed for so very long by global events,” according to Kia.