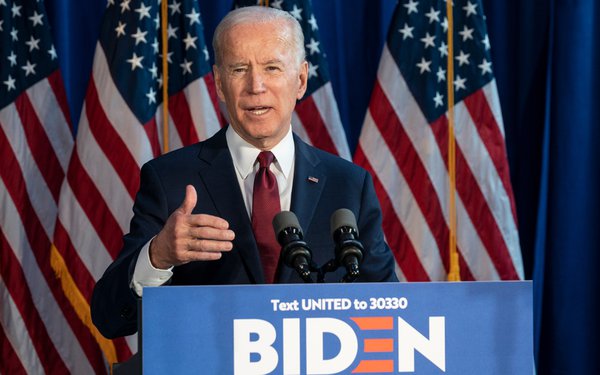 Biden spent $6.8 million on Facebook and Google -- by far two of the biggest digital platforms -- from May 24 through June 7, Advertising Analytics says, while the Trump campaign came in at $6.7 million.

Biden’s spending on Facebook was $5.5 million compared to Trump’s at $3.8 million. On Google, Trump's spending was more than double that of Biden -- at $2.9 million versus $1.3 million.

For the most recent week, Trump has spent $6.7 million in traditional TV media, while Biden has not spent anything.

Biden has been exclusively advertising on digital media platforms since March 17.

From March 17 through April 28 -- the most intense period of COVID-19 disruption -- both candidates dramatically trimmed back overall advertising spending, which only recently has started to ramp up.

For the broader two-and-a-half-month period, from March 3 through May 21, overall advertising spending for the two candidates had been neck-and-neck, with the Trump campaign at a total of $24.6 million (traditional and digital media) and Biden at $24.3 million.