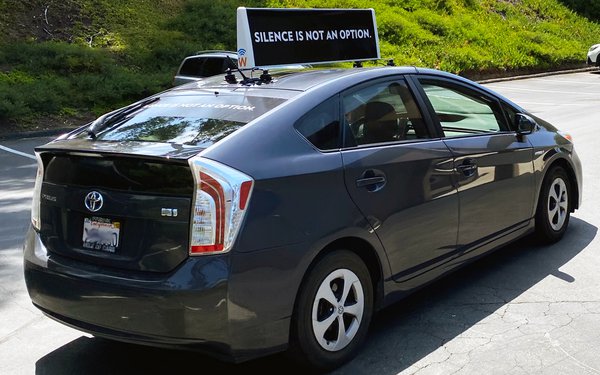 Wrapify, an out-of-home media company that installs car-topper media on vehicles used by rideshare gig economy workers, is launching a new campaign in its hometown market of San Diego promoting a PSA for the local chapter of the NAACP.

The "Silence Is Not An Option" campaign promotes a humanitarian message supporting the Black Lives Matter movement.

The first fleet of cars installed with the campaign began rolling on local streets late last week, and Wrapify is encouraging other gig economy workers to sign up.

“Silence is compliance, and given recent and past events, it’s more important than ever to band together as people — and companies — to spread the right messages,” says Wrapify Co-founder and CEO James Heller. “Being socially responsible and socially active is imperative to our company values, and we hope it is for others as well during this time.”