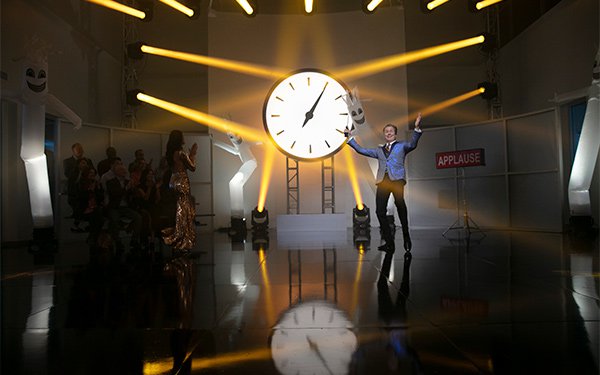 The creative, developed with The Martin Agency, compares the traditional car buying process to a game show, against contestant Jennings, before it is revealed CarMax’s process may be a better alternative.

In addition to the TV spot featuring Jennings, the campaign will introduce some social components, including content that will come directly from Jennings.

Jennings himself felt it was fate that he was hired for this spot. “Someone reminded me recently that when I was on Letterman's show in 2004, he asked me what my worst trivia subject was and I said cars,” he jokes. “And that's totally true!  On a quiz show, you have to know the right answer to every question, but in real life, knowing where to look up a reliable answer is just as important.”

However, Jennings is not identified in the ads. This strategy aligns with CarMax’s “Easter egg” approach with the celebrity cameos. Last year’s Limp Bizkit lead singer Fred Durst popped up in the CD Changer ad.

Jennings also served as an unpaid script supervisor, quips Martin Agency Account Supervisor Ellie Johnson. He corrected one of the social scripts that asked what the world’s largest living organism was. "The Google search we’d used to find the answer was apparently outdated, replaced by a bigger organism called the 'humongous fungus,'” she explains.

“The game show theme highlights the tension customers feel when dealers put them on the spot to make a snap decision on accepting a trade-in offer,” said Laura Donahue, vice president of marketing services at CarMax. “At CarMax, we know that’s not the experience customers want -- which is why our no-pressure appraisal offers are good for seven days so customers have time to compare their options and come out feeling like a winner.”

The content was filmed pre-COVID under normal policies and procedures, with the spot originally slated to launch earlier in the spring, but both the agency and brand chose to delay the launch because of the pandemic.