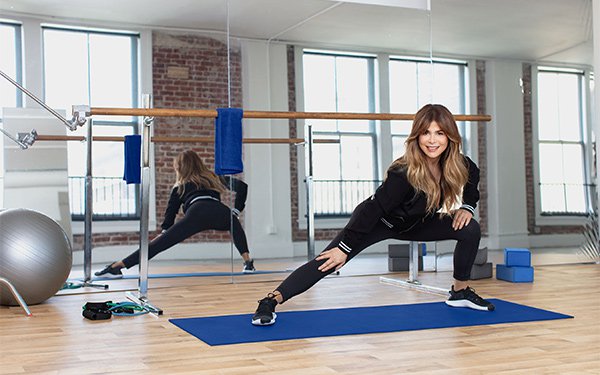 The creative, developed with Weber Shandwick, uses technology to enable Abdul to have a dance-off with her younger self to her 80s classic “Forever Your Girl.”

The spot suggests even with arthritis, she can move as effortlessly and joyfully at 57 as she did at 27.

Abdul was a “match made in heaven,” explains Claire Edmondson, Voltaren Senior Brand Manager, GSK. Abdul was first prescribed the medication by her doctor five years ago.

GSK started “ideation” for the current TV spot after Abdul made an appearance at the 2019 Billboard Music Awards “and totally killed it,” jokes Edmondson. ‘Dancing in exactly the same way as she did in all those unforgettable videos of hers from the 80s. So, we thought, ‘Wouldn’t it be cool to see Current Paula dance with Classic Paula?’

Although the ad looks simple, it was an arduous process to sync. Weber Shandwick tracked down the original 16mm footage of the 1989 hit "Forever Your Girl," directed by Academy Award nominee David Fincher, and worked with VFX shop The Artery to digitally place present-day Paula in it.

In partnership with United Entertainment Group, the team then licensed the “Forever Your Girl” track and remixed it with original songwriter Oliver Lieber and his associate David Gamson.

Although Voltaren has been available as a prescription medication since 2007, it recently was granted FDA approval for over the counter use. The Abdul spot is part of a broader campaign that helps arthritis sufferers rediscover the "Joy of Movement."

Media was handled by Publicis Media and includes TV and online video. Additionally, the commercial lives on Voltaren’s website and YouTube channel. Also, both Abdul and Voltaren will post on social, including shorter clips of her dancing. Viewers are encouraged to visit the new brand website VoltarenGel.com, which was developed specifically to prioritize accessibility, including voice search/chat features, larger-sized tap prompts, and text resizing. Edelman is managing public relations for this initiative.