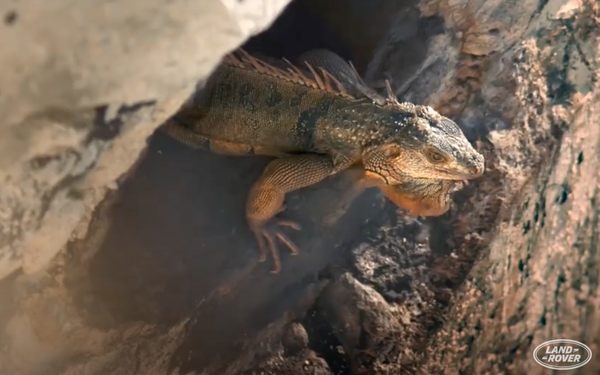 Who says an automaker has to show vehicles in all of its marketing?

Land Rover’s 60-second "brand film" from Spark44 stars the “great outdoors and how human beings belong there,” according to the agency.

Titled Where Have You Been?,  it’s a love letter from the outside world to people, along the lines of “You've been missed.”  Pertinent to the current COVID-19 world, the film shows empty but interesting world images. When combined with the voiceover, the spot leads very naturally into the brand that can take people to all of these wonderful outdoor places, per the agency.

There's a reason there is no vehicle: "it’s not a product ad," says Sean Doyle, creative director at Spark44.

“It’s a heartfelt message from a brand, understanding that people have felt trapped indoors and that this lockdown goes against human nature,” Doyle tells Marketing Daily. “People belong outside. And there’s something nice and unusual about fading from a traveling shot to the brand name at the end, with no product in between. It feels confident, and the tasteful thing to do.”

Land Rover realizes that dreams of adventure and being outdoors are just on hold right now, he says.

“We’re simply saying to people ‘we can’t wait to have you back out here where you belong,’” Doyle says. “So there’s a feeling of optimism to the film, as though the moment is coming soon.”