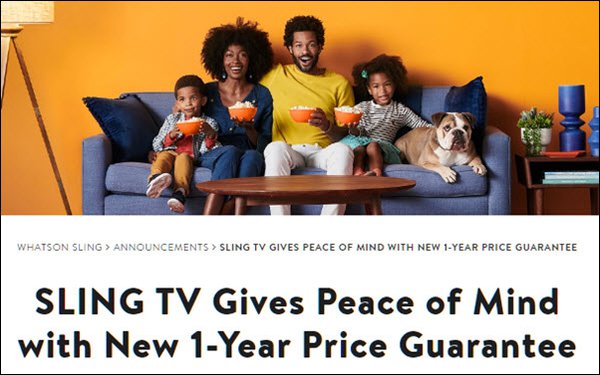 FuboTV has joined the ranks of streaming services that have hiked their prices this week, including competitive vMVPD YouTube TV, and AT&T TV and DirecTV.

FuboTV is upping the monthly fee for its family bundle by $5, to $65. Customers now on the standard plan are being automatically switched to the family bundle, which will raise their rate from $55 to $65—although they can opt out by contacting customer service. The family bundle’s added features include three simultaneous streams, Cloud DVR Plus, and 500 hours of DVR space.

FuboTV is citing the coming August addition of numerous channels through a new multi-year deal with Disney — including ABC, ABC News Live, Disney Channel, ESPN, ESPN 2 and 3, Freeform, FX, FXX and National Geographic, along with its recent additions including Animal Planet, Comedy Central, Discovery, Nickelodeon, MTV, Tastemade, TUDN and TV Land, as a rationale for the increase.

FuboTV released a statement asserting that it “remains the best sports-focused cable TV replacement and, with the addition of ESPN and Disney Media Networks, will offer a market best 43 of the top 50 Nielsen-ranked sports, news and entertainment channels in our base package. In addition to live sports and top shows, [FuboTV] users will also have access to thousands of hit movies — live and on demand.” The company also touted features including 4K streaming, personalized live TV recommendations and recent app updates that integrate live video into the product experience.

Meanwhile, Sling TV is looking to benefit from the spate of price hikes by offering a guarantee to freeze current prices for a year. Existing customers and new ones who sign up by this August 1 are guaranteed current prices through August 1, 2021.

The vMVPD is also seeking to sweeten the offer for new customers with a 14-day free trial through July 6, and a free over-the-air antenna for those who pre-pay for three months when they join.

The price guarantee “doubled down on [Sling TV’s] commitment to doing the right thing for Americans during these unprecedented times,” declared Group President Michael Schwimmer wrote on the company’s blog. “We believe now is not the time to make our customers choose between staying informed and entertained, and putting dinner on the table.”