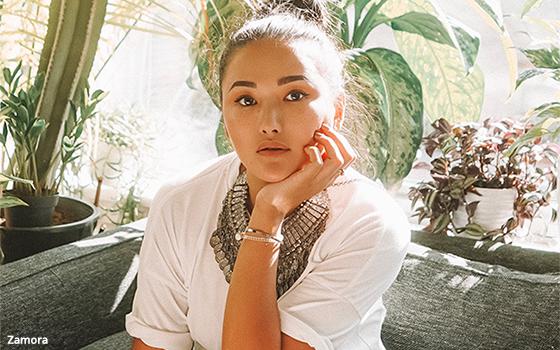 I bet you didn’t know that you needed a weighted blanket. In just a few years, Gravity Blankets has not only created a new category but has become the generic tag for it as well. As you might guess, this is a product idea that takes some explanation…and a lot of content. So when the lockdowns set in, Director of Digital Marketing and Growth Karalyn Zamora had a problem. She had a new line ready to launch, and every studio everywhere unavailable. The solution combined social influencers with a bit of dumb luck. The COVID-19 crisis has made all brands reconsider how and where they can source their creative resources. Zamora also will be speaking at our July 28 - 29 D2C Brand Insider Summit.

MediaPost: Gravity Blankets are the kind of D2C product we never knew we needed or wanted … until your company invented it. How did it come to be?

Zamora: Gravity originally started as a Kickstarter baby from a media company called Futurism that was hoping to find a way to get into the product space. We came across a weighted blanket, which was originally started in the autism community to help with sensory deprivation. The concept is like when you go to the dentist and you have the the x-ray apron on you and feel it's comfortable and you like the weight on your chest.

That's what happens with the weighted Gravity Blanket. It's engineered to be 10% of your body weight so it's not too heavy, and it reduces your anxiety levels by reducing your cortisol levels, while increasing dopamine and serotonin.

MP: In launching this product, tell us about the digital channels you used for customer acquisition and brand building.

Zamora: All we had was our media company, which was helping us create content for it. The first round of content was shot on an iPhone. We used people within our community — friends, parents, brothers and sisters — to come in and try the blanket for the first time, and it's totally not scripted. And we created testimonial videos.

So we had to get creative in adding variables to match it back to specific ad content to see how it was performing. It wasn't as easy as just looking at a single dashboard. That was the main source, the features list and their content and then creating different campaigns on the paid side. We did the paid side just on Facebook, Instagram, and Google for the first year. We didn't really have to expand. We also got a lot of earned media.

The way that people were describing our product influenced the way we were also explaining our product to other people. It's always best to hear how your customers interact with the product. If people want to call it an anxiety blanket, let's go ahead and lean into that a bit more.

MP: What did the mix look like before the crisis hit?

Zamora: About a year in, one of the biggest priorities for me was finding ways to diversify our ad spend so that we wouldn't rely on a single platform, which was Facebook and Instagram. We saw that happen with media where they made a couple of changes and then all of a sudden media was super-impacted.

So we started branching off into Pinterest, really leaning into influencer. We're now on direct mail. We have TV. We have affiliate. We've been working on a retail footprint. We've done a couple pop-ups.

So we've really expanded where we're able to be seen. We started noticing that Pinterest was a really great traffic driver for us, and we would get a bigger retargeting audience. Our retargeting audience was a lot more effective on Facebook. And we see that cost actually drive down. So looking at it more holistically and seeing that other channels were kind of helping overall, the ultimate conversion on Facebook was great. 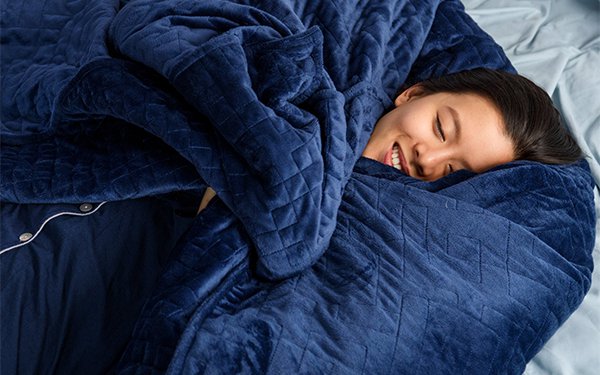 MP: How did you experience the COVID-19 crisis? Was there an immediate impact on your customer acquisition plan? Did you change your media mix?

Zamora: We did. With more people being home, we saw the CPMs dropping a little bit on TV because a lot of local businesses were pulling out of TV because they were shut down. But news placements were getting really efficient for us. We saw under $40 CPAs on TV.

Zamora: I've tested it a few times. I just haven't seen the same results as we do with buying national, local linear spots. We've thought about doing things on Hulu, I don't think it fits with our consumers. We're still a fairly small company when it comes down to it, so we don't have millions of dollars to spend on TV, especially when we need to be more conversion-driven. Facebook and Instagram are better conversion drivers for us.

MP: TV advertising creates a whole new level of pressure when it comes to creative. The crisis hits and the usual production pipelines start shutting down. You guys came up with a particularly creative solution to this.

Zamora: Right when everything was shutting down, we had a couple of shoots planned for new, collaborated products.

We found a friend of mine who has an agency called Round Two.

They were quarantining with other influencers and content creators. So they essentially created a quaranteam of models and photographers.

MP: Did they do this by design?

Zamora: I think it's just that they were all best friends and didn't want to end up being alone for three months. I hit them up and it was super simple because lounge clothing styling is easy, people have lounge clothes.

We didn't have to cast for it. We already knew they were comfortable in front of a camera and they knew how to model, and they had their own equipment. That shoot came out really great.

MP: How did you craft the content? What pitch did you use? Did you leave it to them?

Zamora: It was a bit of both. The pre-shoot process was a little more in-depth. We put together a deck, went through it a few times. They showed us different types of outfits. It all ended up being about trust that these are content creators who can see your vision. Because they're a creative team, it came out really great. I think a big thing that we're going to end up seeing is trust through businesses and partners.

MP: Tell us what the end product looks like. Did you create multiple spots? Was there a persistent storyline to it?

Zamora: The main focus was getting social content, including photos and videos. The content ended up being very airy. It was very high-end. It was exactly what we needed. We probably would have shot wider screen for TV if we were going to launch with TV, but for this was just to test out the concept and see if we could get this system rolling, which we ended up replicating for our kids line as well.

MP: I'm curious what you've learned through this process about creative production, about what's necessary and what works and what doesn't work in this process.

Zamora: What works is finding people who are quarantining together, that's the best way to do it. What didn't really work is just  the  lighting issues, really. And then I don't think we would be able to shoot a TV spot like this.

MP: How did it perform, by the way?

Zamora: It's been performing well. The content came out really good. Probably on par with any of our other launches, which is great. Plus, we got added value with influencers who we used;  they were posting about it as well.

MP: But you don't think this is TV-worthy in the end?

Zamora: It's a bit hard. Our first TV spot was also content that we shot specifically for social. Our first video that we shot we tested against a big commercial shoot that costs thousands and thousands of dollars. And then we took existing content and repurposed it to test again and that ended up performing better.

It's harder to shoot for TV because it is such a bigger buy, and so it comes down to the trust thing. I do trust that we would be able to get good content. There's just certain things that we need to pay attention to when we're thinking about a TV spot, and that's harder to kind of pick up when you're doing it remotely or doing it through people who haven't really shot TV before.

MP: What's the plan as you as you look out through the rest of the year? How are you planning in terms of both creative execution and media? Has it become a challenge, figuring out those two pieces?

Zamora: Oh, definitely. It's super-volatile right now, looking at all the different platforms and how things are just so up in the air.

And we're taking it day by day. Things are constantly changing. We'll see some days where we'll have things open up a little bit and then we'll have a day like yesterday, where it was a blackout day, which meant that people were not spending money.

We adjust for that, we have to scale back spend because we're focusing on making sales, but also being aware of the current social climate and doing what we can to help support it.