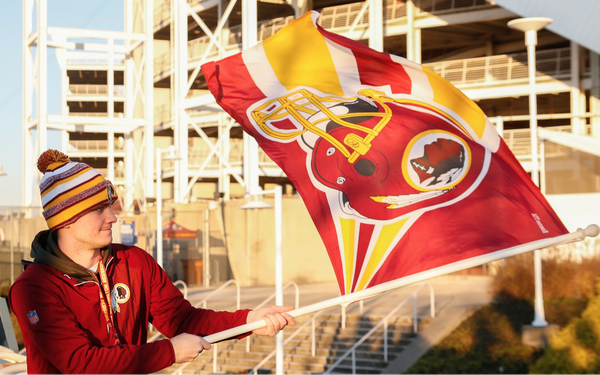 The times are definitely changing, as evidenced by an announcement by the 87-year-old Washington Redskins franchise today that it plans to change its name.

Pressure from the NFL football team’s sponsors -- which include FedEx, PepsiCo, BudLite, Nike and Bank of America -- likely played a huge part in the decision.

In late June, a group of more than 85 investment firms and shareholders representing $620 billion in assets called on the team's sponsors to withdraw support unless team owner Dan Snyder changes its name.

FedEx, the holder of the team’s stadium naming rights, released a statement July 2 asking the team to change its name. The company reportedly sent a letter to team lawyers saying it would terminate the naming rights deal and not pay the contract’s remaining $45 million if Snyder did not change the team name, according to The Washington Post.

The name change won’t happen immediately and the franchise is still considering what to call itself, according to a statement. The team originally said July 3 it would begin a “thorough review” of the team's name.

“As part of this process, we want to keep our sponsors, fans and community apprised of our thinking as we go forward,” according to today’s statement. “Today, we are announcing we will be retiring the Redskins name and logo upon completion of this review.”

Snyder and Coach Ron Rivera are working closely to develop a new name and design approach “that will enhance the standing of our proud, tradition-rich franchise and inspire our sponsors, fans and community for the next 100 years,” according to the statement.

Snyder had previously said he would never change the controversial Redskins name, which is considered to be a slur against Native Americans.

But corporations have been under intense scrutiny since the social uprising that followed George Floyd’s death at the hands of Minneapolis police. Aunt Jemima, Uncle Ben, Mrs. Butterworth and Cream of Wheat are among the brands who have either stated they plan to change their name/mascot or are considering doing do.

"The dam has broken on controversial issues related to race, and this change was long coming," McConnell says. He believes that there will more of these types of announcements in the coming weeks and months as sports leagues, teams and brands place a bet on the future versus the past. For these companies, it has become a “do moment," he says.

While an NFL team has changed its name because it relocated to another city, this will be the first time an established, legacy franchise will get a new moniker, said Lea Chu, a group director, naming, at Siegel+Gale.

“This decision shows how people banding together can have an impact and how it is important that all cultures are treated with respect,” Chu says. “The new name should make sure it can stand the test of time. Twenty years from now they don’t want to be going through the same process again because the name either lost relevance -- or, even worse, once again becomes socially unacceptable.”

Traditionally, renaming a team is a lengthy process, but Washington doesn’t have the luxury of time if it wants to have the new name in place before the start of the season, says Aaron Hall, a group director, naming, at Siegel+Gale.

“This means an even shorter window to get fans onboard,” Hall says. “The team should be looking at a name that accentuates the greatness of Washington, D.C. That can help win the team’s followers over.”