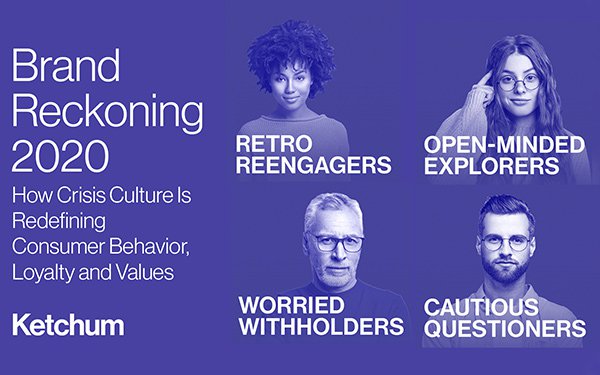 Nearly half of Americans(45%) report they have changed at least one brand preference already, and a majority (62%) expect that their brand preferences will change permanently before the pandemic is over, according to new research from Omnicom’s Ketchum agency.

The combination of the public health crisis and the movement for social justice has ushered in new priorities for most consumers, particularly around ethics and safety, per the report.

“What’s most surprising about these findings is just how significant of a disruption recent events have made on long-standing brand loyalty,” says Mary Elizabeth Germaine, managing director of Ketchum Analytics. “Consumers who may have been unwavering in their commitment to specific brands in 2019 have been forced to try new brands and private-label products because of major breaks in the supply chain in 2020.” And those new brands have appeal, she added.

In fact, 63% report they will purchase more private-label items in the future. “This means that marketers need to focus their efforts on retaining repeat customers, but it also indicates that the market is wide open for new customer acquisition,” adds Germaine.

The report segments consumers into four categories. “Retro Re-engagers” (33% of consumers) are ready to return to the world as it was. These politically conservative individuals are most likely to believe face masks shouldn’t be required in public, and are less likely to prioritize diversity and inclusion in choosing brands.

“Open-Minded Explorers” (22%) have new priorities as they return to a world reopening. They are most likely to change brand preferences post-COVID, more likely to be urban and educated, and more likely to be influenced by advertisers, social media and bloggers.

“Worried Withholders” (20%) are not easily influenced, are politically centrist, somewhat conservative and the oldest persona. They are least likely to have changed their brand preferences during the pandemic, and likely to consider advertising less influential now than before COVID-19 hit.

“Cautious Questioners” (25%) are politically liberal, twice as likely as the average American to feel very uncomfortable visiting shared spaces, most likely to have an underlying health risk, and most likely to feel positive about companies prioritizing diversity and inclusion in the wake of Black Lives Matter protests.

The study, “Brand Reckoning 2020: How Crisis Culture Is Redefining Consumer Behavior, Loyalty and Values” surveyed Americans in mid-June.  Surveys are also  being conducted in the U.K. and Germany.