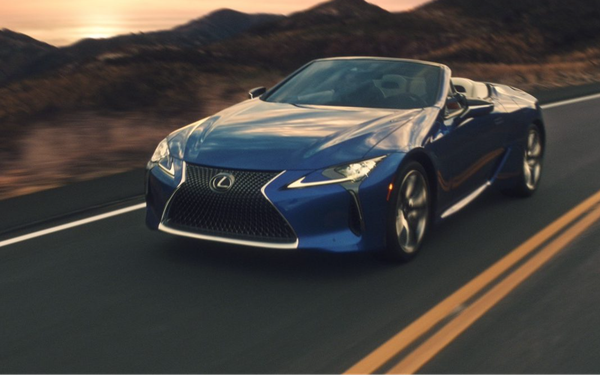 Lexus is targeting consumers who are longing to escape with its first convertible in five years, the 2021 LC 500, available this summer.

Creative from Team One “leans in to that need to get out and soak in the freedom and daylight,” according to the automaker.

“The decision to purchase a convertible is typically an emotional one,” said Lisa Materazzo, Lexus vice president of marketing, in a release. “There’s simply no substitute for the universal human emotion of joy that comes from an open-air drive.”

“Keep the Light Alive” features the parallel feelings of what a child experiences playing outside to an adult driving the LC 500 convertible on a winding road at sunset. It continues the tagline used since 2017, “Experience Amazing,” voiced by actress Minnie Driver.

The integrated campaign will appear nationally on broadcast, digital, print and paid social. The TV spot will air during prime time, cable, late night and sports programming on networks including ABC, NBC and ESPN.

Digital elements include custom editorial series and sponsorships on Gear Patrol and InsideHook, with targeted ads in Esquire, Elle Decor, and JustLuxe. Print ads will run in such high-end lifestyle publications  as Robb Report, Architectural Digest and Conde Nast Traveler.