Coke May Want To Buy A World A Hard Seltzer, Made In Mexico 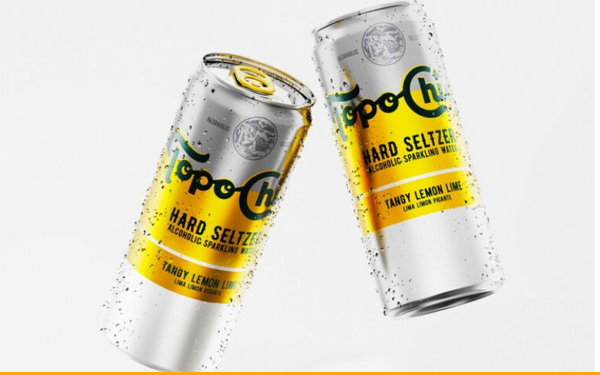 Coca-Cola is now getting into the hard seltzer business.

The soda pop giant is launching Topo Chico Hard Seltzer later this year in Latin America. If all goes well, Coca-Cola will  bring it to the U.S., industry reports say.

Topo Chico would go up against a pretty big lead created by the seltzer king, White Claw, and other hard seltzers launched by big U.S. beer brewers that have increasingly turned their attention away from the beer brands that made them mighty.

Topo Chico has been sourced and bottled in Monterrey, Mexico since 1895. It is one of the world’s largest sparkling mineral water brands, with several flavors and packaged sizes, according to Coca-Cola.

“The Coca-Cola Company is committed to exploring new products in dynamic beverage categories, including hard seltzer,” the company said.  “Topo Chico Hard Seltzer is an experimental drink inspired by Topo Chico sparkling mineral water, which has been popular with many mixologists. Topo Chico Hard Seltzer will be offered in select cities in Latin America later this year.We will share more details closer to launch.”

Coca-Cola bought Topo Chico for $220 million in 2017. The brand is popular in Mexico and in parts of Texas.

News of Topo Chico’s alcoholic conversion was made after Coca-Cola’s Q2 earnings call late last month in which it announced it would be dropping some so-called “zombie brands” that are weak sellers, or serve a very small niche.

One of those is Odwalla, a fruit juice line the company pulled the plug on at the end of July, noting that doing so gave the company  “flexibility to support our investments in brands like Minute Maid and Simply and to continue to scale rising stars like Topo Chico.”

It also announced the new Coca-Cola With Coffee, which combines the popular soda with coffee in three varieties: Dark Blend, Vanilla and Caramel. The 12-ounce cans will have 69 milligrams of caffeine, about twice the caffeine in a regular can of Coke.

Coca-Cola’s having tough times. The company just reported its largest decline in quarterly revenue in three decades. Net salesdropped 28% to $7.2 billion, partly because of adverse sales conditions caused by the pandemic.

Topo Chico isn’t Coca-Cola’s first foray into selling drinks containing alcohol. In 2018 it began making its version of Chu-Hi in Japan -- a combination of sparkling water and a distilled liquor called shochu.