Nestle Leans Into Lifestyles With Launch Of Life Cuisine 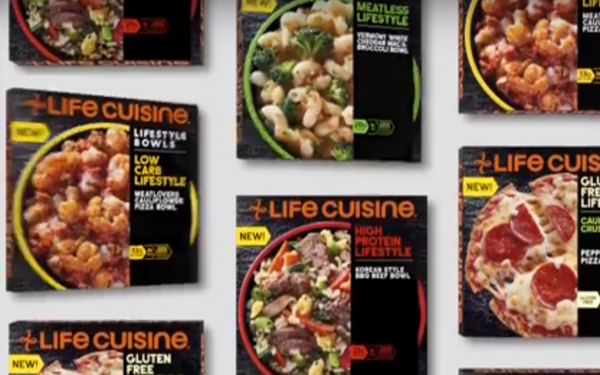 Nestle is expanding its already significant presence in frozen foods with the recent launch of Life Cuisine with separate entrees targeted to either high-protein, meatless/plant-based, gluten-free or low-carb lifestyles.

The company’s Lean Cuisine line dates to the early 1980s and now consists of more than 90 SKUs,  each of which contains no more than 400 calories and a maximum 10 grams of fat.

It’s a distinction that appears in 15-second spot from Grey Global—co-produced by Hogarth Worldwide—that introduces Life Cuisine by showing examples of the four lifestyle offerings. It ends with the notation “It’s not lean, it’s life.”

“While we never could have anticipated what this year would look like, the timing has worked out that we’re giving consumers even more options in a time when they’re looking to eat well,” says Amrhein. Frozen food sales have “absolutely spiked.”

She cites IRI data showing that frozen food sales increased by about 38% in June of 2020 compared to a year ago.

“We see that continuing,” she adds.

In a conference call with financial analysts last week to explain Nestle’s Q2 earnings, company executives were asked for their expectations about food sales going forward—given a resurgence of COVID-19 in many states.

Executive Vice Preisdne and CFO Francois Roger said “there will be probably less stockpiling even if there is a second wave, because many consumers have understood that the products are available or have been available during the first wave in stores.”