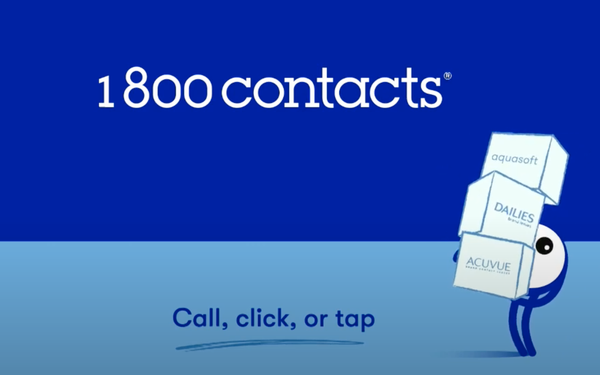 For 1-800-Contacts, building long-term relationships has always been the goal. Now the company is using a new tech platform to shake up its marketing approach, developing a 360-degree view of customers to personalize messages for thousands of microsegments.

"Two years ago, we were doing a handful of variations of our campaigns," he says. "Today, we are already in the thousands. And using factorial math, we'll soon be talking about millions of variations of communications."

By combining data science and customer-state research, the company can isolate microsegments as small as "Longtime contact wearer who has never purchased online, but has been to the site three times and called in once."

"There may be only four people like that,” he tells D2C FYI. “But the beauty of this new technology is that we don't need a team of analysts to create a campaign. I can just feed those attributes into the system, and the technology picks from my content library, choosing the right message for those customers."

Depending on the channel, the system tailors a message that is far more personalized. That way, Bienert says, a 33-year-old woman in the Northeast who wears a daily disposable lens, is considering colored contacts for the first time and is price sensitive, for example, can get an advertising message best suited for her needs.

“She might be worried that she needs to go to a doctor and pay $150 for a prescription for colored lenses," he says. "We can offer her a free telemedicine appointment to get that prescription."

Telemedicine, strong customer service, an easy-to-use app, quick shipping -- they all foster a strong positive sentiment for 1-800-Contacts. Bienert says the 25-year-old company, based in Draper, Utah, has seen a surge in new business during the COVID-19 crisis.

While the vast majority of sales come from its website, those who call in have spent 22% more time on the phone with its agents, simply because some people were craving more human interaction.

"We have hundreds and hundreds of great customer-oriented associates, working 24/7, doing the right thing every single day," he says. "These new technologies do make their jobs easier."

Whenever anyone interacts with a customer, through any channel, "they can see absolutely everything we know about that customer. It's like having digital superpowers,” adds Bienert.

Importantly, it also makes purely digital interactions feel as personalized as if customers had spoken to a live rep.

Working with ad agency Rain in Portland, Oregon, the company continues to run ads on TV aimed at recruiting new customers. It is especially targeting Gen Z. "We even recently revived our old jingle, because while most young people order via our app, they do remember it," says Bienert.