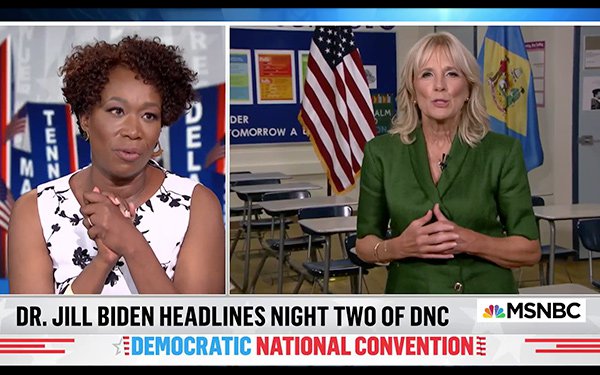 For the 8-11 p.m. prime-time period, MSNBC had 4.6 million total Nielsen-measured viewers, while Fox News Channel came in at 3.5 million and CNN had 3.6 million.

Over the most recent three-day period -- August 17 though August 19 -- the Biden for President campaign had 188 national TV commercial airings, and a total of 145 million national TV impressions were gained from 29 TV networks, according to iSpot.tv.

In terms of the highest number of Biden impressions over that period, the top five TV networks were: Fox News Channel, CNN, CBS, Investigation Discovery, and TNT.

The Donald J. Trump for President campaign ran a total of 28 national TV commercial airings over that period, yielding about half the impressions that Biden took in -- 77.6 million national TV impressions.