DNC Wins First Night Of Convention Ratings, But Has Greater Rate Of Erosion From 2016 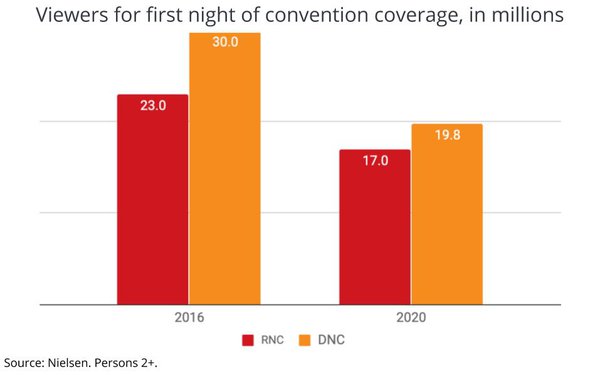 While the fall-off was not unanticipated given the fact that both conventions were mostly "virtual" this year, and featured some canned speeches and other content vs. live, impromptu delivery, the DNC's first night delivered 19.8 million viewers two years and older, versus 17.0 million for the first night of the RNC.

The biggest audiences historically go to the fourth and final night of the conventions, and this year the DNC's last night delivered 24.6 million viewers, down 17% from the fourth night of 2016's DNC convention coverage.