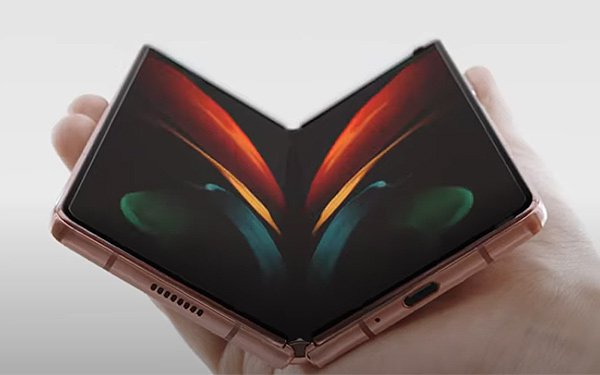 In business, if at first you don’t succeed, you try, try again.

At least that’s what Samsung is doing with its new Galaxy Z Fold2 smartphone, which it officially introduced on Tuesday, after a rough takeoff of earlier versions last year.

Samsung is now taking orders for the most expensive smartphone on the market at $2,000, which updates and improves the version whose introduction last year was one hot mess. The new one officially arrives Sept. 18.

The Galaxy Z Fold Phone does what its name suggests: It folds open, the way you’d open a book. The big screen inside would seem to be great for watching movies and playing games.

It’s had a tough life so far.

Last spring, on its first “try,” Samsung sent out an early version of the foldable phone to some tech writers.

They found the hinge collected debris, which caused problems such as harming the plastic coating on the main screen. And some early experimenters ripped off the protective plastic layer, mistakenly thinking it was a typical screen protector. It wasn’t.

Embarrassed, Samsung went back to the drawing board until September, when the second version (and first official one) was formally announced. It came up with a list warning against a variety of things including resting keys on the screen, or having the phone too close to your magnetized credit cards.

“Unwrapped” Tuesday was the third try, called the new Galaxy Z Fold 2 smartphone. It’s most unique feature is that big (and improved) 7.6-inch center screen, about twice as big as the average smartphone. There’s also a third screen on the cover.

But the inner screen now comes with a newultra-thin glass cover material, and the whole thing seems sleeker. Early reviews from tech writers seemed to be encouraging, but most were mindful that in earlier versions, problems rapidly developed.

This phone also has a dual-battery system, which increases the chances of failure.

“Our journey towards the next generation of mobile devices is full of originality and innovation,” TM Roh, Samsung’s president and head of mobile communications business, said in a statement. “With the launch of the Samsung Galaxy Z Fold2, we closely listened to user feedback to ensure we were bringing meaningful improvements to the hardware, while also developing new innovations to enhance the user experience.”

All smartphone sales have been hurting through the COVID-19 crisis. There is every reason in the world to suppose a $2,000 phone with a troubled history won’t be a runaway hit, even if its new version is as improved as it may seem.

The Samsung Fold also comes with some the special Galaxy Z Premier package that includes “concierge” repair service, a one-time screen replacement (worth $149), a pass to golf clubs, a six-month subscription to online fitness training sessions and a free meal from a selection of Michelin-starred restaurants.