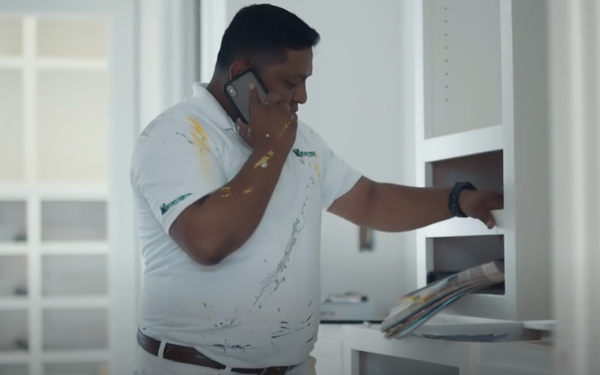 Northwestern Mutual is launching a campaign that features stories of the challenges clients faced during the pandemic and how their financial advisor helped them plan for what’s next.

It is the first effort under new CMO Lee Hurley, who previously was vice president of brand and activation for Northwestern Mutual.

The integrated campaign launches across TV, appearing during the U.S. Open and the kickoff of the NFL season, and digital through immersive partnerships with CNN, TheSkimm, and Cheddar. Social media and influencer activations are also planned.

Northwestern Mutual worked with Mrs. & Mr. on the campaign. GSD&M handled the financial service company’s brand campaign that launched in December under previous CMO Aditi Javeri Gokhale, who was promoted to chief commercial officer and president, investment products and services.

The spots can be viewed on the company’s YouTube channel and include the story of Ryan Jordan, who was forced to shut down her childcare business due to COVID-19, but with the guidance of her advisor was then able to rehire her entire staff.

Also featured are Melvin Gonzalez, a small business owner whose advisor helped him find new ways to run and grow his painting company when it was impacted by COVID-19, and Dr. Dawne Collier, who worked with her advisor to ensure her career was protected, while helping the next generation of women achieve body positivity through online classes.

“We put a call out to our advisor network to capture powerful stories of resilience that also reflect the struggles many Americans are facing: losing income, keeping their business going, pursuing their dreams in difficult times," Hurley tells Marketing Daily. "Each of the client stories featured in the campaign demonstrate how partnering with an advisor and having a financial plan can make a meaningful difference.”

The three 30-second spots are part of a larger series that showcase unscripted client stories of resilience, Hurley says.

“We will be sharing additional client stories through our digital channels,” Hurley says. “We're also working with influencers to share stories of how they are navigating their ‘new normal’ and key life events with the guidance of a Northwestern Mutual advisor.”

According to a Northwestern Mutual consumer survey conducted in April, more than half (60%) of respondents revealed COVID-19 was negatively impacting their emotional well-being. Furthermore, 68% shared they were concerned about the U.S. economy, and more than 50% expressed apprehension about retirement losses.