In Biggest Campaign Ever, Harry's 'Not The Same' Celebrates Independent Thinkers 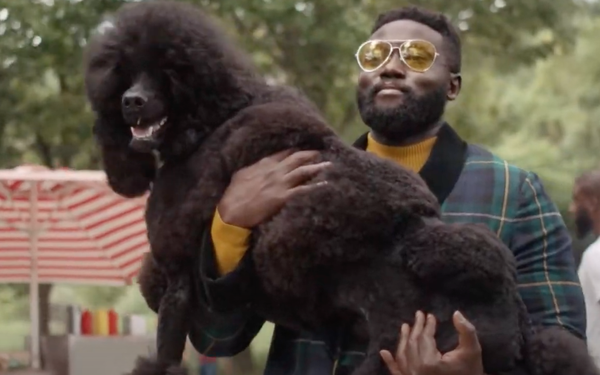 Whiskery individualists, rejoice. In its biggest campaign ever -- the first since the pandemic began -- Harry's is celebrating the quirky one-of-a-kinds that make up its target audience.

Called "Not the Same," the effort promotes its sharpest razor blades and low prices, not so subtly dissing competitors like Dollar Shave Club and Gillette.

"From conducting deep research, we've learned that our customer is an independent thinker,” said Jaime Crespo, Harry's general manager, in an email interview with D2C FYI. “He believes the effort he puts into his grooming routine sets himself up for the success he's looking to achieve each day. Our customer is open-minded, challenges assumptions and is inspired by those who stay true to themselves."

The campaign stars a handful of glorious nonconformists hot-tubbing in the back of a pickup truck, happily toting a standard poodle, and just dancing in their boxer shorts.

Harry's says it collaborated with creative studio Mythology (formerly Partners & Spade). The videos are scheduled to run in 15 and 30-second spots on TV, streaming and digital platforms.

The ads also call out "some other companies" that raise prices whenever they introduce something new. The updated blades are still priced at $2 or less per cartridge.

Crespo said he hopes the new effort continues to mark the brand, launched in 2013, as substantially different from others. "We didn't treat [customers] the same as the big brands on autopilot had for years, and this mentality still comes through," he said. Keeping prices the same following an innovation "is something that just doesn't happen in our category."

It's the first marketing campaign the company has undertaken since the pandemic. "The last six months have been unique and challenging for every business, but as a digitally native brand, we've been able to build meaningful relationships with our customers from the very start, Crespo said. "We also deeply understand physical and digital channels, so our business has remained strong over the last six months."

Harry's last made headlines back in early February, when the Federal Trade Commission said it would block the $1.37 billion acquisition of Harry's by Edgewell Personal Care. The FTC said "the proposed combination would eliminate one of the most important competitive forces in the shaving industry." It also said Harry's loss of independence would "remove a critical disruptive rival that has driven down prices and spurred innovation in an industry that was previously dominated by two main suppliers."

Harry's did not pursue litigation after the failed merger.