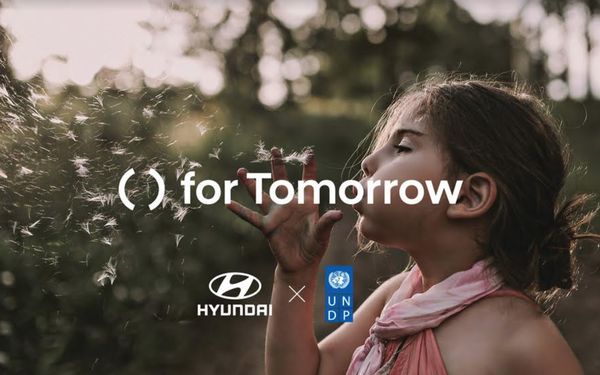 Hyundai is partnering with World Wrestllng Entertainment and the United Nations for two separate activations.

The WWE project is a 10-episode content series called “Drive For Better.” It features WWE Superstars telling stories and taking part in appearances across the country that demonstrate WWE and Hyundai’s mutual dedication to enriching people's lives.

The first episode of Drive For Better has debuted, and the next will feature WWE Universal Champion Roman Reigns and his recent virtual visit with patients at the Children’s Hospital of Orange County.

The series is posted on WWE’s digital platforms and the Superstars’ social media channels. It was developed by Hyundai Motor America AOR Innocean and Canvas.

Hyundai is an official sponsor of WWE. The personal stories of the Superstars are meant to put a smile on people’s faces, said Angela Zepeda, CMO, Hyundai Motor America.

This content series is part of a larger partnership between Hyundai and WWE that delivers brand and custom content integrations across WWE’s global media platforms in 2020. Hyundai is also the co-presenting partner of "WWE Clash of Champions" on Sept. 27 and will receive weekly exposure in "Monday Night Raw" and "Friday Night SmackDown" programming throughout the month of September.

Meanwhile, Hyundai and the United Nations Development Programme have partnered to spread messages about sustainability to people around the world and turn their proposals for sustainable innovation into tangible initiatives.

The partnership includes collaborating on a global initiative, “( ) for Tomorrow,” which will help accelerate progress towards the 2030 Sustainable Development Goals. The SDGs were adopted by the United Nations in 2015 as a universal call to action to end poverty, protect the planet and ensure that all people enjoy peace and prosperity by 2030.

The project calls for crowdsourcing innovations from the public to help implement these solutions.

Under this year’s theme and slogan, “Make Cities Inclusive, Safe, Resilient and Sustainable,” for Tomorrow will accept proposals from October 2020 through April 2021, in time for Earth Day on April 22.