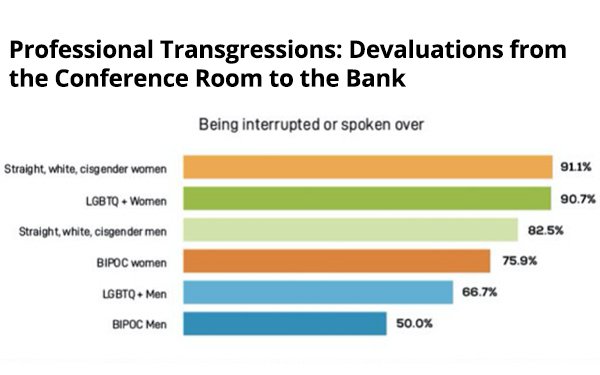 As systemic racism and overt and covert bias remain important topics of discussion worldwide, an ongoing project from NorthStar, a content marketing company, focuses on the state of the search engine optimization industry and the cost of bias and diversity across the industry.

The findings, published Wednesday on Moz, provide a snapshot of the thoughts and feeling of 326 SEO professionals.

It’s important to note that many of the SEOs who shared their stories with NorthStar don’t fit into one group, so the survey findings address that by counting people in each category that applied to them. For example, a gay Black man’s answers are factored into both the LGBTQ+ and BIPOC (Black, Indigenous, People of Color) analyses, according to the data.

Of the 326 SEO professionals who participated, 231 respondents described themselves as Caucasian. Among the remainder, 32 SEO professionals described themselves as Hispanic, Latino, or Spanish; 28 Black or African American; 18 Asian or Asian American; 11 Middle Eastern or North African; eight Indian or South Asian; four Native Hawaiian or other Pacific Islander; and three American Indian or Alaska Native. Some of the respondents were counted in more than one category. (Additional segmentation can be found here.)

NorthStar began the study by asking SEOs how the industry compares with the rest of the business world when it comes to discrimination and bias. Some 57.7% of the participants had a different career or significant job experience in another field before working in SEO.

Some 58.7% of professionals surveyed said they think SEO is about the same as other professions, but among those who disagree, 26% think it is worse, and 15.2% think it is better.

Asian and Asian-American SEO professionals were the most likely to say they experience ethnic bias at least once weekly, followed by Hispanic or Latino.

The study did not include questions about religion, so it is uncertain what role that might play. Issues related to ageism or disability issues were also not addressed.

The study also explored the impact and cost of bias. About four in 10 SEO professionals said they experienced bias in the past year.

We asked them what impact it has had on their productivity, career trajectory, and happiness. Some 69.1% feel that bias in the workplace has had a negative impact on productivity and sense of engagement, with 38.3% strongly agreeing and 30.8% slightly agreeing.

Some 72.1% feel that bias in the workplace has had a negative impact on career advancement and earnings, with 39.3% strongly agreeing, and 32.8% slightly agreeing.

About 74.6% feel that bias in the workplace has had a negative impact on their happiness, confidence, or well-being, with 42.6% strongly agreeing, and 32.0% slightly agreeing.

The study also breaks down gender, ethnicity and age to get an idea of cost.

For male SEO generalists working in the United States:

For female SEO generalists working in the United States:

Marketers can read more about the findings here.