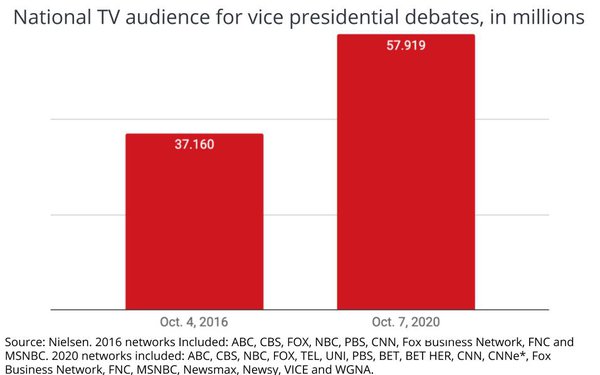 While there were more TV network sources of viewing this year -- as well as the inclusion of both out-of-home TV viewing and viewing from connected TV sets -- the increase is an impressive jump in the national TV audience, especially since more people likely viewed it online in 2020 than did in 2016.

Nielsen estimates that the contribution from connected TVs can boost the audience for televised political events by as much as 11%.