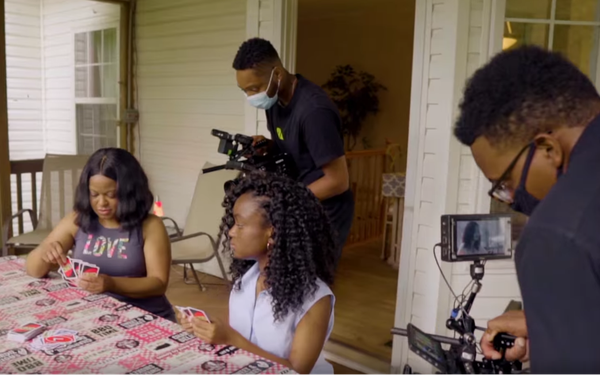 Right now, Storyblocks says, only 5% of its content contains BIPOC, the name given to Black, indigenous, and people of color. Storyblocks wants to double that number by the end of 2021 through its new initiative called Re:Stock, and quadruple it, to 20%, by the year after that. It has similar aspirations for the stock video depicting LGBTQ people.

“Advertisers and creatives have the ability to influence stereotypes, yet one of the many barriers to creating fully inclusive ads and video content is the [un]availability of diverse and representative creative assets,” said Sydney Carlton, director of brand marketing at Storyblocks.

Stock video is used across a wide swath of businesses, from advertising agencies to smaller companies or organizations that create their own content and commercials. Often, though, the scenes of people strolling through town or playing softball in the park are white and heterosexual. Though times are changing,  the video clip pool hasn’t.

“I would say the entire industry needs work,” said Carlton, explaining the thought process behind Re:Stock. “'Do you have diverse footage?' We’re always being asked that question.”

A Storyblocks explanation of Re:Stock  says bluntly,  "The stock industry has a pipeline issue. The large-scale stock providers tend to be from European countries with majority white populations, leading their footage to primarily feature that majority.”

A Storyblocks survey found 72% of its users said getting access to diverse content was important to them, and they don’t always find it.  Carlton suggested the situation’s not much better at other stock video houses. “We’re all sourcing our stock video from the same finite pool,” she said.

So Storyblocks commissioned seven filmmakers and one film collective to create collections of footage that portray people and communities  underrepresented in digital media. Each collection will include 50 videos featuring what Carlton calls the “authentic experiences” of those people. It will launch with 400 video pieces. New artists and images will be added weekly, two at a time, bringing their presumably more accurate depiction.

Re:Stock’s first two collections come from videographer Monica Singleton and Samson Binutu, each attempting to show examples of Black families educating their children, for example, or having family dinner. (See photo above.)

Future collections will focus on themes such as people of color pursuing their artistic passions or lesbians completing everyday tasks such as making morning coffee or just hanging around with their partners.

Carlton said Storyblocks got started on this project a couple years ago, alerting the existing pool of freelancers. “We told them this is something we want to do. But it wasn’t successful. They didn’t get it. We’ve exhausted all the traditional ways to get this done,” and that’s what led them to identify a group of videographers the company thought could do the job.

For example, “I assume there are  tons of gay filmmakers out there but they’re just not stock shooters. We don’t see a lot of authentic gay images out there.” The challenge of Re:Stock must be creating footage that depicts ordinary moments in a way that seems interesting, but a real life just as real as anybody else’s.