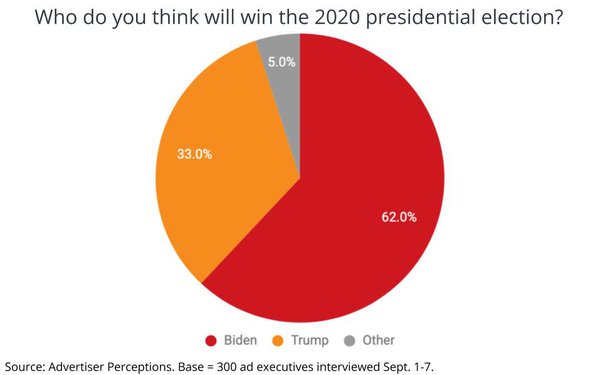 By a margin of nearly two-to-one, ad executives -- both advertisers and ad agency media buyers -- believe Joe Biden will win the 2020 presidential election.

That's the finding of a study about the impact of the political advertising season on conventional advertising and media-buying plans released this morning by Advertiser Perceptions.

The study is based on interviews conducted in early September, and if the sentiment of Madison Avenue has followed a similar path to U.S. national polling, Biden likely is even more favored now than when it was fielded.

The study, which is mainly about how advertising is impacting media plans and buys, also asked ad executives some key questions about political advertising, including whether the major digital media platforms and other media outlets should fact-check political ads before running them.

By a margin of four-to-one, ad executives believe media should fact-check political ads, although the courts and even Federal Election Commission rules have maintained that political advertisers have the right to lie in their ads.

Asked if they had the option, 60% of ad execs said they would opt out of receiving political ads altogether in their social media feeds. 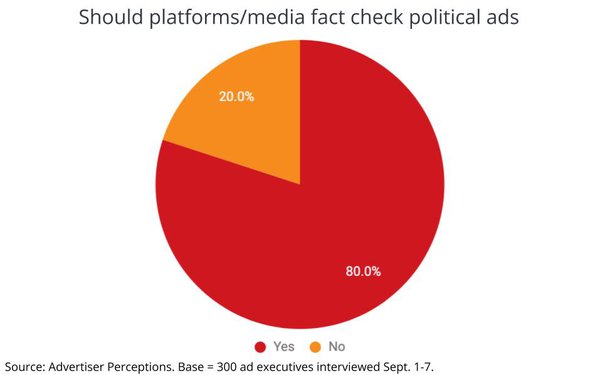 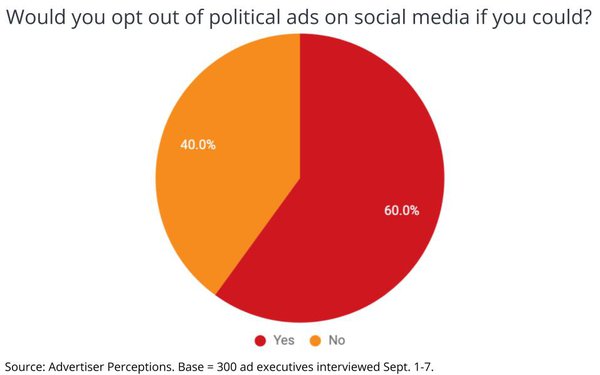