Zulily Celebrates Mom, The Mrs. Claus Of Our Lives 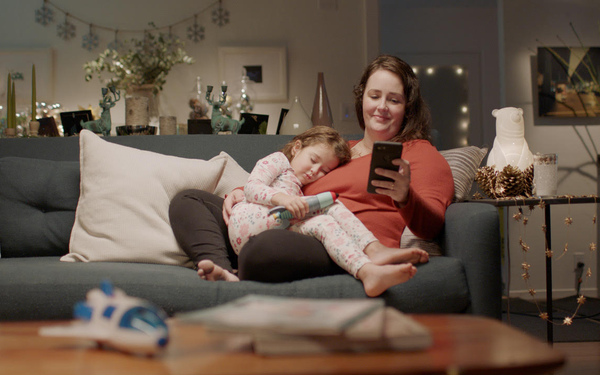 With holiday season starting earlier this year, Zulily is honoring the essential workers in so many family celebrations: the moms.

“Moms are the true force behind the holiday -- they’re the ones who keep traditions alive,” says Megan Marshall, director of brand marketing for the Seattle-based online retailer. “Especially this year, with all the hats she’s wearing, we wanted a campaign that recognizes, appreciates and celebrate her.”

“We’ve gotten away from moms, as we started to address more types of people and broader audiences. With this, we’re returning to moms, who are our core customers.”

Marshall says 85% of these women say they are always searching for the perfect gift, and that they fall into two camps. “One type is a super planner, and may even have a gift closet she keeps stocked all year round. And the other is more of a carpe-diem shopper.”

For this effort, it was important to highlight toys as well as home goods, says Marshall. “She’s spending so much more time at home, and is looking for ideas to refresh things.”

Zulily is best known for its hundreds of sales offered daily. While the items are often discounted as much as 70%, deals usually last just 72 hours, creating a treasure-hunting experience that fans love.

Butler, Shine, Stern and Partners, based in Sausalito, California, created the campaign.

Ads are running on connected TV, focusing on six markets, including Nashville, Phoenix, Los Angeles and Jacksonville, Florida. (Marshall says the online retailer is testing the benefits of connected versus traditional TV.)

“We’ve also got a You Tube buy that is doing really well for us,” she says. And the effort also includes radio, an influencer campaign and package inserts that include a letter to Mrs. Claus, thanking her for her hard work and offering future discounts.

“That’s what we love about this campaign,” Marshall says. “It makes it easy for us to extend it in so many different channels."

In its most recent quarterly results, parent company Qurate says Zulily revenues increased 16% to $422 million. Adjusted operating income for Zulily came in at $45 million, compared to $7 million in the comparable period of the prior year.