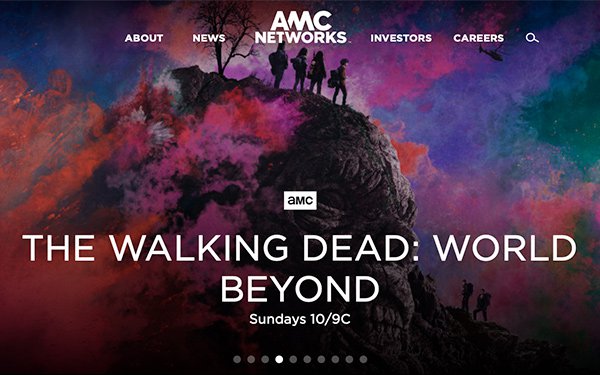 AMC Networks' third-quarter revenues sank 9% to $654 million, a result that was better than expected. Its stock price was up 6% in early Monday morning trading to $22.50.

But analysts remain concerned about the long term.

Distribution declines were due to lower subscription fees and content licensing revenues. Bernstein Research was expecting a 10% decline in distribution revenues -- similar to the drop in the second quarter of 2020.

“This comes as the result of a worsening macro environment for pay-TV (i.e., accelerated cord-cutting), as seen from the results of MVPDs [multichannel video program distributors],” writes Todd Juenger, media analyst at Bernstein.

Advertising revenues sank, due to the timing of the airing of original programming and effects from the COVID-19 pandemic.

International networks revenues were up 9% to $199 million -- due to revenue from AMC Networks streaming subscription platform.

Bernstein Research analysis of Nielsen data shows a 13% decline in the third quarter of 2020 for all AMC networks -- mostly due to the absence of episodes of two of its major TV series on the AMC. In the same period a year ago, AMC aired several episodes “The Walking Dead” and “Fear The Walking Dead.”

The company's own advertising and marketing expenses were lower versus the third-quarter prior-year period.