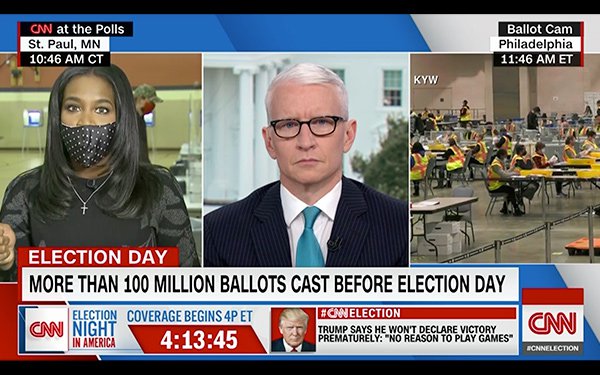 Election night TV advertising on major cable TV news networks looks to be up a massive two times or more higher than for the Presidential election in 2016.

Preliminary pricing for a 30-second ad unit in prime time on CNN is at $231,000 -- sharply higher versus the total of $92,687 for the network in 2016,  according to SQAD MediaCosts: National, the advertising cost data company.

For the mid-term elections in 2018 -- typically the second-highest political advertising-spending season after a Presidential election year -- SQAD says CNN averaged $45,600 for a 30-second spot, compared to $71,614 for Fox News Channel and $25,572 for MSNBC.