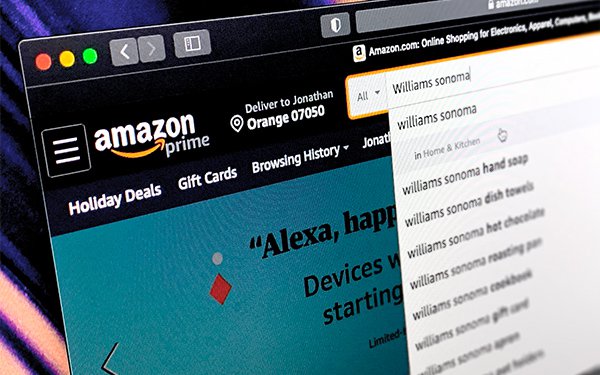 Home furnishings and kitchenware retailer Williams-Sonoma and e-commerce giant Amazon have settled a two-year-old legal battle over the way Amazon displays Williams-Sonoma merchandise, as well as claims that one of Amazon's private-label brands sold Williams-Sonoma knockoffs, the companies told a judge this week.

Details of the settlement are confidential, according to a stipulation filed with U.S. Magistrate Judge Alex Tse in the Northern District of California. Tse is expected to dismiss the matter in early February, unless the companies fail to honor the settlement terms.

The resolution appears to bring an end to legal battle dating to December of 2018, when Williams-Sonoma accused Amazon of infringing the Williams-Sonoma trademark in several ways. Among others, Amazon allegedly created an unauthorized Williams-Sonoma store on Amazon.com, and used misleading search ads and email promotions.

People who purchase a product are usually allowed to re-sell it on Amazon (or other platforms). But Williams-Sonoma -- which sells merchandise under its name as well as Pottery Barn, West Elm and other brands -- alleged that Amazon duped customers into believing that there is an official relationship between Amazon and Williams-Sonoma.

Amazon urged the judge to dismiss claims that it misled consumers, arguing that it's entitled to offer a platform for people who want to re-sell Williams-Sonoma products.

Last May, U.S. Magistrate Judge Elizabeth Laporte rejected Amazon's bid to throw out the claims at an early stage of the case. She said the decision was a “close call,” but that Williams-Sonoma's allegations “raise the plausible inference that Amazon is not merely reselling Williams-Sonoma products, but is instead cultivating the incorrect impression that these sales on amazon.com are authorized by Williams-Sonoma.”

Amazon's listings for Williams-Sonoma products currently include a link that says “Brand: Williams-Sonoma” -- reflecting a change in phrasing from the past.

A separate claim in the lawsuit centered on Amazon's private label, “Rivet.”

Williams-Sonoma alleged that the merchandise sold under that name was actually knockoffs of the furniture Williams-Sonoma sells under its “West Elm” brand.