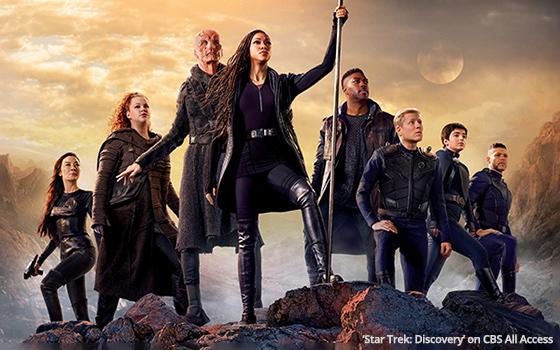 ViacomCBS, like other TV-centric companies, has trimmed back double-digit-percentage advertising losses from earlier this year to more modest single-digit declines in its third-quarter financial period.

Company-wide advertising -- while still affected by issues arising from the COVID-19 pandemic -- sank 6% to $2.19 billion in the July through September period. This is an improvement when looking at the last nine months, which have seen an 18% decline to $6.6 billion.

In the second quarter of this year, advertising for CBS Television Network and ViacomCBS cable networks sank 27% to $1.9 billion due to issues around the pandemic.

Political advertising has been a positive factor in the most current period, especially at CBS-owned TV stations. At its TV Entertainment unit -- where CBS Television Network, and its stations reside -- total advertising was down 1% to $1.05 billion.

Other positives for the company include affiliate fee gains of 25%, in reverse compensation (from TV station affiliates) and retransmission fees (from traditional pay TV providers) as well as higher subscription streaming revenue (from virtual pay TV services).

Other businesses did not perform as well.

Content licensing was down 35% (to $1.2 billion) compared to a year before due to pandemic-related and program timing issues. Theatrical revenue fromParamount Pictures posted just $6 million, due to slow return of movie theater business re-opening.

Analysts estimates total ViacomCBS streaming revenue to come in at $2.5 billion for 2020.

At the same time, Bernstein Research’s Todd Juenger questions some internal streaming trends, including for CBS All Access/Showtime (soon to be Paramount+), which reported 17.9 million subscribers:

“How many of these subs are double-counted (bundled in with Showtime), and more importantly, [what’s] the longer-term differentiation and value proposition?”