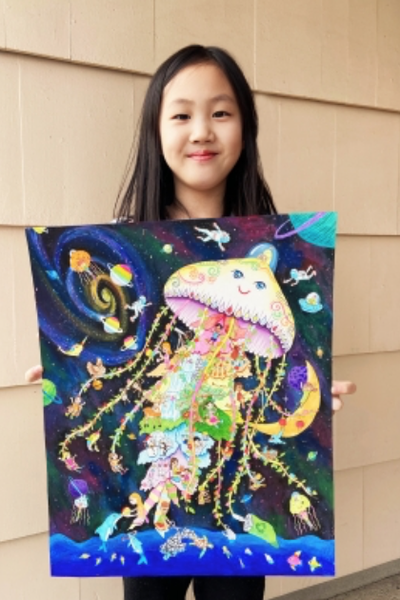 Toyota is bringing back its children’s art contest, which has attracted more than 6.2 million entries from 100 countries since its first iteration in Japan in 2004.

The world contest was on hold this year due to COVID-19, but the U.S. portion opens Nov. 16 and is accepting artwork submissions from U.S. kids, ages 4-15, until Jan. 31.

The World Contest is expected to return in 2021. The artwork by the top nine U.S. winners from last year and this year will be submitted to Japan to compete in the World Contest against artwork entries by kids from nearly 90 countries.

Each year, Toyota sends out a call for artwork submissions, which are received and entered into one of three categories, depending on age. Judging takes place within each age group to choose the best in terms of uniqueness, artistry and execution of concept.

Protecting the environment and imagining a better world are prominent themes among many of the award-winning car designs.

“Because I love to read fantasy and fiction stories, my dream car design included imaginary objects and landscapes,” said nine-year-old Grace, an aspiring writer and illustrator who drew The Jellyfish Car. Eleven-year-old Lynn drew The Eco Car and shared that her “designs are inspired by many everyday objects – mainly, any object with unique features.” Her dream career is to be a designer.