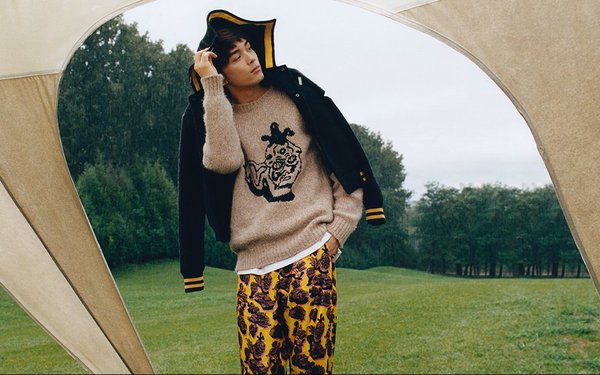 Fueled by an important new deal in China and a major shift in the way the world tries on fashion, Farfetch set another sales record for the quarter. And it says that with the ongoing gains, it is "witnessing a paradigm shift in favor of online luxury."

The London-based luxury platform, which acts as an online boutique for more than 1,300 luxury brands, boutiques and department stores, says its third-quarter gross merchandise value shot up 62% to $798 million.  Revenue for the period rose 71%, to $438 million.

"What we are seeing is the acceleration of the secular trend of online adoption in luxury -- an industry that is still very under-penetrated," says José Neves, Farfetch founder, chairman and CEO, in its announcement.

The idea that luxury shoppers will continue to prefer online buying even after the pandemic subsides is taking hold among Wall Street experts, too.

"Farfetch continues to benefit from a COVID-19-accelerated secular shift to online channels," writes Jason Helfstein, who follows the company for Oppenheimer. The company continues to make platform/marketing improvements that allow it to focus on full-priced sales.

Observers are especially psyched about the global partnership Farfetch announced with Alibaba, the Chinese ecommerce giant, and Richemont, the Swiss luxury powerhouse.  Strategic partners are set to invest $1.15 billion in Farfetch Limited and the new Farfetch China joint venture.

The arrangement calls for Alibaba to introduce Farfetch luxury shopping channels on Tmall Luxury Pavilion and Luxury Soho, its outlet ecommerce effort. Farfetch will own three-quarters of the joint venture, with Alibaba and Richemont splitting the remaining 25%.

"We came away from Farfetch's China announcement and third-quarter earnings with increased confidence in the company's ability to execute around driving continued share gains in the fast-growing global luxury ecommerce market," writes Lloyd Walmsley, who follows Farfetch for Deutsche Bank. "Our already bullish view of the opportunity for Farfetch in China gets a huge endorsement from Alibaba and Richemont as well as more robust distribution."

Farfetch rebranded in September, introducing a new "Open Doors to a World of Fashion" campaign, aimed at increasing awareness and building market share.