HBO Max Finally Comes To Amazon Fire Devices; No Deal Yet For Roku (But There's A Workaround) 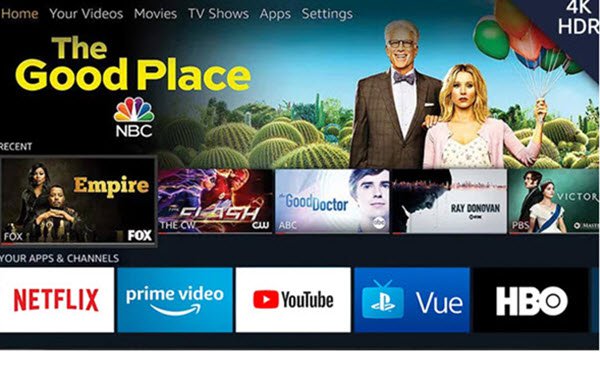 The carriage deal, which makes HBO Max accessible on Fire devices as of Nov. 27, fills a large portion of a major gap in distribution that has been an impediment to faster growth for HBO Max.

WarnerMedia has yet to clinch a deal to get the service on Roku, the other dominant streaming device — although Roku users now have a workaround for that (more on that below). Together, Amazon and Roku have a 70% share of U.S. streaming devices, according to Parks Associates.

The core issue is who controls the customer data and relationship — although, since WarnerMedia plans to launch an ad-supported version of HBO Max next year, control of advertising inventory was also almost certainly part of the negotiations. Amazon and Roku reportedly are able to demand as much as 30% of ad inventory in some app deals.

Disney+, which is not ad-supported, was able to strike direct-access deals with Amazon and Roku in time for its launch a year ago.

Prior to the new deal, while other platforms automatically made HBO Max available to HBO subscribers at no additional cost, some 5 million Amazon Fire users who are HBO subscribers couldn’t access Max unless they dropped HBO from Prime Video Channels and subscribed directly to the new SVOD.

Now, the HBO app on Fire devices will automatically update to become the HBO Max app. Existing HBO subscribers can continue to use those credentials to sign in. All HBO Max customers, regardless of how they subscribed, can now access Max through Fire TV and Fire tablet devices, also using their existing provider credentials, according to Deadline.

The deal also means that HBO Max can benefit from Amazon Fire integrations with Alexa, for voice-control call-up and other functions.

“We’ve worked closely with HBO for many years to bring their great content to Fire TV and to make it easier to discover and enjoy with features like search integration, Alexa and personalized recommendations,” said Marc Whitten, vice president of Amazon entertainment devices and services.“We are excited to continue that partnership with the launch of HBO Max.”

“Our continued goal is to make HBO Max and its unparalleled content available to customers across all the devices they love,” stated Tony Goncalves, head of sales and distribution for WarnerMedia. “Fire TV is a favorite among customers and we look forward to working with the Amazon team to engage and grow our existing subscriber base by showcasing all that HBO Max has to offer.”

In October, HBO and HBO Max combined were reaching 38 million U.S. subscribers as of the end of September, exceeding their year-end target of 36 million. The two services showed a net gain of about 1.7 million subscribers in the third quarter. HBO Max doubled its activations during Q3, to 8.6 million. However, AT&T’s combined total includes all 28.7 million subscribers who are eligible to get HBO Max. So while the number of Max activations doubled in Q3, to 8.6 million, that means 70% of HBO subscribers have yet to sign up for their free conversion to Max.

At $14.99 per month for new subscribers, HBO Max is pricier than the other big new streaming apps.

As for the Roku workaround for getting HBO Max despite the companies’ failure to make a deal to date: According to Variety, Roku’s new OS 9.4 update supports Apple’s AirPlay 2 and HomeKit. That means that users of some Roku models will be able to cast the HBO Max app from their Apple devices to TV sets.