With A Spending Rebound Expected Next Year, 2020 Is A Year Most Want To Forget 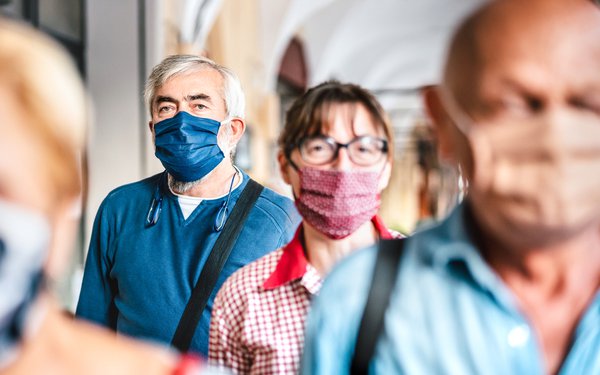 No doubt most people can’t wait for 2020 to be over given the pandemic‘s negative impact on most aspects of daily life during the year.

It’s no secret that advertising took a significant hit -- but as the new spending forecasts below indicate, the impact was softened somewhat by the massive influx of U.S. political dollars—estimated between $12 billion and $14 billion—and the acceleration of digital spending, as ecommerce soared in response to far greater activity by home-bound shoppers. Linear media took a double-digit pounding throughout the year, however.

The second-half rebound was quicker and more robust than forecasters had expected, again, thanks largely to political and digital spending. Thus the overall decline in global ad spending was in the mid-single digits, compared to the double-digit plummet experienced in the second quarter shortly after lockdown orders were imposed throughout much of the world.

And the rebound will continue in 2021, with forecasters projecting double-digit (or high single-digit) increases in ad spending during the year.

Below are highlights from the new global spending forecasts from GroupM, Magna and Zenith.

Despite the pandemic and thanks to a massive infusion of U.S. political advertising, global 2020 ad spending will decline by just 4.1% this year to $590.5 billion, according to GroupM’s new forecast. Excluding political GroupM puts the decline at 5.8%, or $578 billion.

As the new “This Year, Next Year” report notes, “it could have been worse.” And six months ago ,the company was expecting worse: a nearly 12% drop in global underlying ad spend for the year.

The good news: GroupM expects a healthy rebound in 2021, when global spending is expected to grow 12.3% to a little over $649 billion on an underlying basis. Factoring in U.S. political ad spend, the growth would be about 10%, to $651 billion.

GroupM issued its new U.S. forecast last week along with a separate U.K. forecast.  In addition to those two markets, other countries expected to show double-digit growth next year include China (15.6%), Japan (12%) and Canada (15.1%).

With digital growth the primary driver, healthy mid-single-digit gains are expected globally for 2022-24.

Excluding political spending, North America will decline 7.4% this year before rebounding to 11.7% growth next year, per the report.  Other parts of the Americas will fall 16.0% this year before growing 24.4% in 2021.

“Considering how much weaker economies are in 2020 than they were in 2009 or 2001, the year could arguably be viewed through a positive lens,” the report, penned by GroupM Global President Business Intelligence Brian Wieser, states.  It cites several reasons that could account for the disconnect including that the costs of the pandemic have been disproportionately borne by people with lower incomes and that many of the hardest hit industries were not significant for advertising.

And a caveat to next year’s optimistic forecast is that the global economy continues to improve.  Much depends on the success of vaccine distribution, which remains unclear for now. In the meantime there are likely to be many more COVID-19-related deaths and the possibility that “many more businesses could fail.”

Wieser writes that the media industry will continue to experience “significant changes” in the year ahead. “Most prominently, e-commerce activities are likely to continue growing from a new, higher plateau rather than reverting to old levels. This has many implications for media budgets, most of which represent an acceleration of existing trends.”

For starters, “greater dependence on e-commerce will encourage efforts to directly connect marketing activity with purchasing decisions, leading to greater spending on digital advertising. Branding activity on other channels may also increase, assuming there is a demonstrable, beneficial effect on e-commerce for better known brands relative to lesser-known ones.”

And while digital is the main beneficiary going forward, traditional locally focused media like radio and print may continue to suffer declines.

Globally, digital advertising is expected to grow by 8.2% during 2020, excluding U.S. political activity. This follows nearly a decade of double-digit growth, including the last six years, when it was better than 20% globally.

Television advertising will decline by 15.1% excluding U.S. political advertising, before rebounding to grow 7.8% next year. Digital extensions and related media, including advertising associated with traditional media owners’ streaming activities (primarily on connected environments), will grow 7.8% this year and 23.2% next year.

Outdoor advertising is estimated to decline by 31% during 2020, including digital out-of-home media. Next year should see a partial rebound, with 18% growth. Download the full report here.

Magna is projecting that advertising will be down 4.2% globally, to an estimated $569 billion in 2020. Taking political out of the mix, the decline was much steeper, with linear ad spend shrinking 17.8%.

“Most industry verticals reduced marketing and advertising spending due to the severe economic recession triggered by the COVID pandemic, as global GDP shrank by 4.4% according to the IMF,” the Magna report states.

The good news: “The global advertising market will recover by 7.6% in 2021, to reach $612 billion, as a gradual return to normal business conditions will fuel robust economic recovery (real GDP growth +5.2%, IMF).”

And while traditional media was down sharply, digital formats grew by 8% in 2020 to $336 billion, to reach a market share of 59% globally.

Back in June, Magna noted that it was expecting digital media spend to grow slightly this year—about 1%.

“In fact, digital media spending grew way beyond expectations partly because the COVID impact accelerated the organic transition towards a digital-centric marketing ecosystem.”

Digital media consumption-social and video in particular—Magna notes, accelerated since lockdown. And ecommerce “exploded as large brands and small businesses ramped up their digital business.”  Many local stores or restaurants started to use search and social marketing for the first time to advertise delivery, or click-and-collect “to keep their business alive while stores were closed. “

Also consumer brand marketers showed a preference for “lower-funnel marketing tools, at the expense of branding campaigns, that is classic in any recession time. In the last five years, the share of digital media had grown by 3% to 4% per year to reach 52% in 2019.” In 2020 it jumped by 7%.

“The COVID impact on lifestyles and business model will accelerate the digital transition in a lasting way,” the report states. “One year ago Magna forecast the share of digital formats to reach 64% by 2024.” Now the firm projects that market share to reach 68% in 2024 and 70% by 2025.

Meanwhile in the U.S., while the economy contracted by 3.5%, ad spend overall is expected to fall by just 1%, per Magna’s estimate. Again, political spending and accelerated digital spending helped prevent the overall decline from being much worse. Excluding political, Magna believes the overall U.S. decline  would have been 3% versus 2019, still better than performance globally.

Per the report: “The economic shutdown not only cut down marketing activity from national brands and local businesses, but also affected media consumption for print, radio and out of home. Coupled with a lack of demand from many top local advertisers and industries that remain on the sidelines, linear media formats outside of national television have still not rebounded and continue to suffer in the second half.”

2021 should be significantly better with U.S. advertising up 4% assuming no disruption in current COVID-19 vaccination timetables, cyclical sports like the Olympics and the economic recovery predicted by economists actually takes place (3.9% growth in GDP).

With those assumptions in place, the firm expects most of the key ad categories to improve and increase ad spend over 2020. But two categories remain vulnerable, Magna believes—auto and travel. “High unemployment rates lead to fewer people making large purchase decisions, such as buying a car, and the lingering effects of the COVID-19 pandemic leads to fewer people traveling. Even if travel and auto consumption recover Magna anticipates these sectors to remain cautious with marketing costs and start with direct media rather than linear media.”

Vincent Létang, executive vice president global market intelligence at Magna, and author of the report, stated: “Back in the spring, MAGNA predicted that digital media organic growth factors would drive digital to grow despite the COVID recession (1% globally, 3% in the US). It turns out digital media resilience was even stronger than expected.” The pandemic, he added, “triggered a tremendous acceleration in both supply (digital media usage and audiences, ecommerce) and demand …  Magna believes the return of consumer mobility, major events and economic recovery will prompt most industry verticals to grow their linear advertising budgets in 2021, but the long-term trajectory has shifted even further towards a digital-centric marketing environment for years to come.”

Like GroupM and Magna Zenith has upgraded its forecast from six months ago and is now reporting that the global drop-off in ad spend for full-year 2020 will be 7.5%. That’s an improvement from the 9.1% it forecast earlier.

There will be some turbulence on the way to recovery, Zenith predicts. Although global ad spend will grow 5.6% in 2021 by the agency’s calculation, spending will remain below 2019 levels. In two years, ad spend will increase by 5.2% to $652 billion, finally surpassing 2019 totals.

Ad spend is forecast to bounce back most rapidly in Asia Pacific and Central & Eastern Europe which are expected to shrink by 6% in 2020 before growing 7% in 2021.

North America has held up better than any other region this year, and is forecast to shrink by just 5.3% in 2020 thanks largely to U.S. political advertising. The absence of most political advertising next year will make the comparison look tougher for 2021, when Zenith forecasts just 3.3% growth with an additional 4.5% gain in 2022, marking a return to pre-pandemic levels of spending.

The pandemic has been a transformative for subscription video-on-demand (SVOD). Between January and April 2020, the reach of SVOD services on connected TV in the US rose by 5%, but the reach of ad-supported VOD services rose by 9% to 58.5 million households, or 48% of the total. As it continues to grow over the next few years it will counterbalance the loss of audiences to SVOD and help fuel an average of 8.4% annual growth in online video ad spend over the next three years.

“Connected TV will be a vital tool for brands as they adapt their messaging for each stage of the pandemic and recovery,” said Christian Lee, managing director, Zenith Worldwide. “With high ad recall and high reach among young audiences that are hard to find on traditional TV, it will get the right message to the right people alongside the right content.”

Social media has been a winner in 2020. In fact, Zenith forecasts social media to be the biggest contributor to the recovery in ad spend, increasing at an average rate of 11.1% a year between 2020 and 2023.

ad spending, agency, forecast
1 comment about "With A Spending Rebound Expected Next Year, 2020 Is A Year Most Want To Forget".
Check to receive email when comments are posted.
Next story loading