In Era Of Political Correctness, Can TCM Survive? 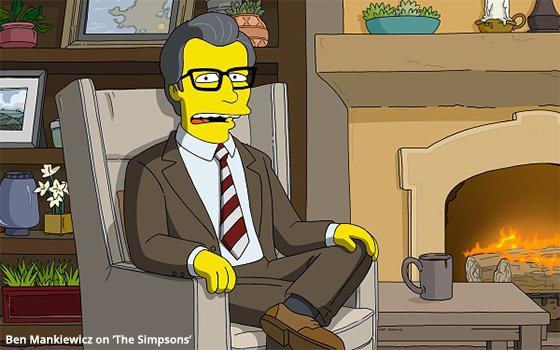 If a graphic description of an old-movie scene in which about a dozen or more white dwarves appearing head-to-toe in skin-darkening makeup has the potential to offend or otherwise trigger you, then please consider yourself forewarned.

You are free to go and peruse any number of the other great stories and opinion columns posted here on MediaPost, although it would be great if you stuck around to read this.

The aforementioned description will be necessary, however, for this discussion of old movies on television and specifically, their presentation on Turner Classic Movies, which for all intents and purposes is the only place on TV where old movies of every era and description are shown regularly.

The subject of this TV Blog has been percolating for a number of weeks. It concerns the contents of many of the old movies on TCM and the ways in which various ethnic groups were depicted in them, to put it drily. The subject arises from two sources.

One was the appearance last month of TCM host Ben Mankiewicz as a cartoon version of himself on “The Simpsons” on Fox.

Pictured in the photo above, Mankiewicz did a brief scene in which Marge Simpson was seen dozing in front of her TV set while the cartoon Mankiewicz introduced a fictional old movie on TCM.

"We now return to 'The Swellest Slum'," said the cartoon Mankiewicz, "a musical romp starring Debbie Reynolds as Rosie, the Puerto Rican seamstress!"

Then a scene from this fictional movie was shown in which the "Rosie" character said to two other characters: "Don't tell me we have to walk through all the boozebags in the Irish district!"

In response, Mankiewicz said: "And we won't be showing that movie anymore! Coming up next on TCM … nothing."

Mankiewicz and the writers of "The Simpsons" were poking fun at political correctness, and even giving Mankiewicz an opportunity to publicly acknowledge that the movies on TCM probably present a problem for some.

Indeed, "The Simpsons" itself has been the target of critics in recent years who took specific aim at one of the best-loved characters on the show -- the immigrant from India named Apu (voiced by Hank Azaria) who owned and operated the convenience store known as Kwik-E-Mart.

Critics complained that the characterization of Apu was racist, and in the aftermath, he seems to have disappeared from the show. The TV Blog has covered this story more than once. For the record, this column disagrees with this Apu racism accusation.

But back to TCM and its old movies. The other item that triggers this blog topic was a scene in the 1932 movie “Tarzan the Ape Man,” the first of 12 Tarzan movies starring Johnny Weissmuller.

I came across the movie on TCM at about the midway point while idly grazing through my cable TV channels on a Saturday a couple of weeks ago, possibly in the middle of the morning.

The scene I stumbled upon was riveting. A group of white hunters and their African baggage handlers, who were evidently on safari in an African jungle, were being held captive within the confines of a rough-hewn enclosure, possibly a fort.

They had been captured by a tribe of savage pygmies who were shown in a kind of uncontrollable ecstasy as they eagerly watched their prisoners being hurled one by one into a pit in which a giant captive ape was waiting to kill them.

It did not exactly require close examination to discover that these bloodthirsty “pygmies” were actually white dwarf actors who had been covered head-to-toe in body-darkening pigment -- adding a whole new dimension to the continuing debate here in the modern era about the history of “blackface” in some of our older forms of entertainment.

The scene was totally outrageous, of course. And it would be completely unacceptable if re-created for a modern Tarzan picture (if any).

However, as outrageous as this scene was, I would be dishonest if I did not admit right here and now that I found it to be so outrageous that it was also totally hilarious. I laughed my head off.

It was a “Can you believe this?” moment, and one that I instantly understood was emanating from a bygone era from long ago that does not remotely resemble the era in which we now live.

And yet, there it was on TCM, presented on a Saturday morning with nary a comment or a trigger warning, as far as I knew.

While this particular scene is relatively extreme for the old movies on TCM, the channel's movies do abound in African-American maids, jungle natives and railroad porters, marauding Indians (Native Americans) and other blatant ethnic stereotypes including Italians, Chinese, Jews, Irish and others.

Speaking just for myself, I find that because I understand, at least a little bit, the lost world where these movies came from, their stereotypes cease to be offensive to me.

It would be a shame if, as the cartoon Ben Mankiewicz lamented, TCM would have to police its vast archive of old movies and then purge 99% of them.