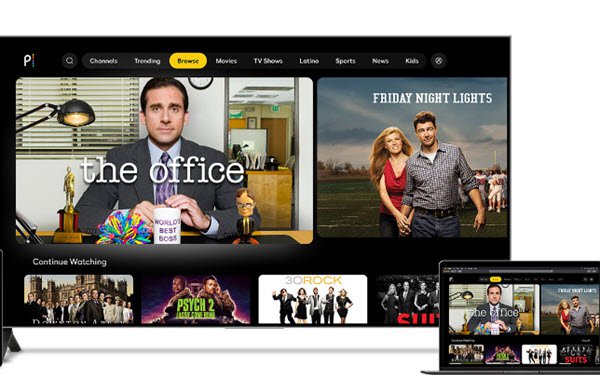 Under the multiyear licensing agreement, NBCU’s full portfolio, including the NBC broadcast network and all NBCU cable channels, will continue to be available to Spectrum residential and business customers across 41 states.

The specific term for the Peacock Premium free trial is still being decided, but could be as long as a year for at least some Spectrum TV subscribers, a source “close” to NBCU told NexTTV.

Charter said it plans to integrate the Peacock app in its Spectrum Guide OS at some point in the future.

The Peacock Premium tier offers all the streamer’s content, with a limited number of ads, for $4.99 per month. The free, ad-supported tier does not include access to some of the more premium content. The Premium Plus tier offers all content ad-free for $9.99 per month.

Like WarnerMedia and other competitors, NBCU is pushing hard to build subscriber and audience volumes for its new streaming service — partly through distribution deals with major platforms, some of which include free streaming access promotions that also serve to build customer bases for telco, OTT and other distribution partners.

To date, WarnerMedia’s recent decision to debut its tentpole movies on the new HBO Max streamer and in cinemas simultaneously has been the most controversial manifestation of players’ frantic competition for subscribers.

More recently, Discovery has been running nonstop, ubiquitous promotions for its new Discovery+ streaming service described by one critic as a "scorched earth" approach.

The Peacock app is now available on most major mobile and OTT platforms -- including, as of September and November, respectively, Roku and Amazon Fire TV devices,

Launched in mid April 2020, Peacock had reached 15 million subscribers by September, 22 million by October, and 26 million by the end of November, according to NBCU.

“Charter is a valued partner with passionate NBCUniversal fans in millions of homes nationwide,” Matt Bond, chairman of content distribution for NBCU, stated in the renewal deal announcement. “We look forward to delivering our industry-leading network content portfolio, as well as the strong collection of original and library content in our Peacock Premium offering, to Charter’s subscribers everywhere.”