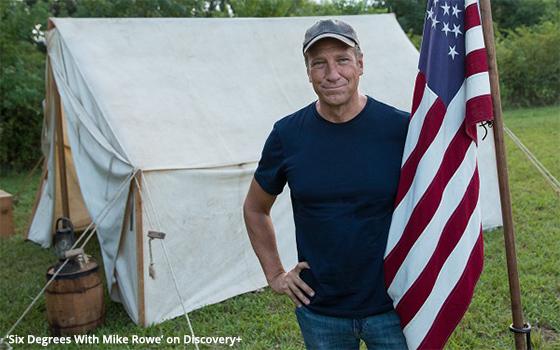 Even before the launch of the service this past Monday (January 4), the company had already begun to blanket its cable networks with Discovery+ doodads and promo spots.

In the days leading up to the launch, this campaign included a Discovery+ countdown clock placed in the corner of screens throughout the Discovery Networks universe of basic cable channels.

This rectangular on-screen billboard was reasonably large and conspicuous. There was nothing subtle about it. Nor was there anything especially offensive about it.

It was big enough to notice and remember, but not quite big enough to disrupt one's experience watching the shows on which it appeared.

Then, since the launch earlier this week, commercial breaks across Discovery's networks and shows have featured copious promo spots for the new service.

In addition, a Discovery+ billboard taking up the same space as the countdown clock has become a permanent fixture on Discovery shows.

And viewers of various Discovery networks in the past two weeks -- particularly HGTV and Food Network -- have come across preview showings of Discovery+ content in time periods where they had expected to see regularly scheduled shows.

The TV Blog encountered at least two of them. On the Food Network, it was an hour-long preview of “Magnolia Table with Joanna Gaines,” which attempts to turn the “Fixer Upper” renovator into a TV chef.

On HGTV, it was “Frozen In Time,” in which Maureen McCormick, 64 (better known as “Marcia” from “The Brady Bunch”), was seen renovating older homes whose interior décor has not been altered since the “Brady Bunch” era or before.

To an observer of the television business, this scorched-earth promotional campaign with its high-frequency promo spots, omnipresent on-screen billboards and pop-up show previews would seem to symbolize the importance that the launch of this streaming service represents for the company's future.

It should go without saying that the goal of this promotional campaign is to animate the audiences for Discovery's existing shows and basic cable networks to consider changing their long-held Discovery-owned network viewing habits to a new way and a new platform.

It as if the company has realized that some time down the road -- five years? Ten? Less than either of them? -- the basic cable business as we now know it may hit a tipping point where it becomes unviable and unsustainable.

New generations of TV viewers are coming along who do not watch video content in a linear way any more and by all appearances, they never will.

In this context, the launch of Discovery+ -- and hopefully its success -- represents an existential turning point that will determine the company's future viability, either some years down the road or just around the next corner.