Media Cos. Stop Political Donations To Congressional Reps Who Voted Against Certification 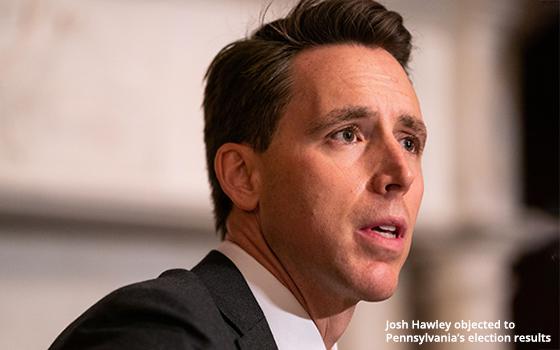 In reaction to Congress representatives who voted against certification of the presidential electoral college votes, a number of media companies announced pullbacks on political donations.

This followed the attack by protesters on the U.S. Capitol, in which five people died, last week.

In a statement, Comcast said it is pulling back on political donations, citing the importance of a “peaceful transition” being key to America’s democracy: “At this crucial time, our focus needs to be on working together for the good of the entire nation.”

“Consistent with this view, we will suspend all of our political contributions to those elected officials who voted against certification of the Electoral College votes, which will give us the opportunity to review our political giving policies and practices.”

AT&T, owner of WarnerMedia and DirecTV, did likewise:

"Employees on our Federal PAC Board convened a call today and decided to suspend contributions to members of Congress who voted to object to the certification of Electoral College votes last week."

Earlier in the day, the PGA said it was abandoning its 2022 deal with the Trump National Golf Club in Bedminster, N.J. to host the PGA Championship -- a major televised golf event -- due to President Trump’s association with the rally before protestors stormed the U.S. Capitol.

The New York Times reported that Facebook would suspend all political spending until at least March.

Other companies, according to the report, also said they would pull back political donation of various kinds. They include American Express, JPMorgan Chase, Goldman Sachs, Citigroup, BP, Dow Chemical and Blue Cross Blue Shield.