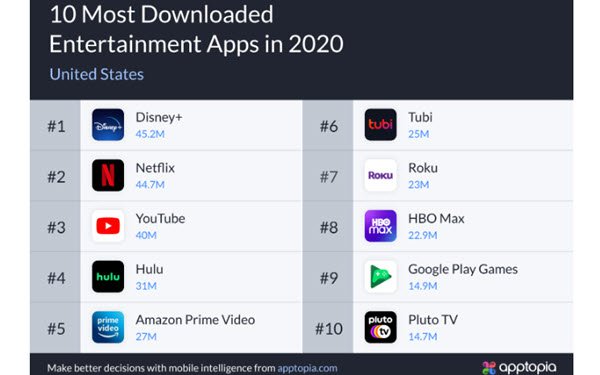 Just 13 months after launching, Disney+ narrowly surpassed the long-established Netflix juggernaut as the most-downloaded entertainment video-on-demand app in the United States during 2020.

Disney+ logged 45.2 million downloads in the U.S. during the year, edging out Netflix’s 44.7 million, according to Apptopia.

The rankings are based on combined iOS and Google Play downloads (with the exception of data from China, which is iOS only).

In addition, just seven months after its launch, WarnerMedia’s HBO Max ranked No. 8 in the U.S. It is currently the country’s fastest-growing platform, showing 242% growth in daily active users (DAUs) since it debuted in May.

On the worldwide front, Netflix along with YouTube continued to dominate -- with 223 million and 170 million downloads, respectively.

Two apps made the global top 10 for the first time: MX Player, a VOD app popular in India, and Reface, an AI-powered face-swap app. 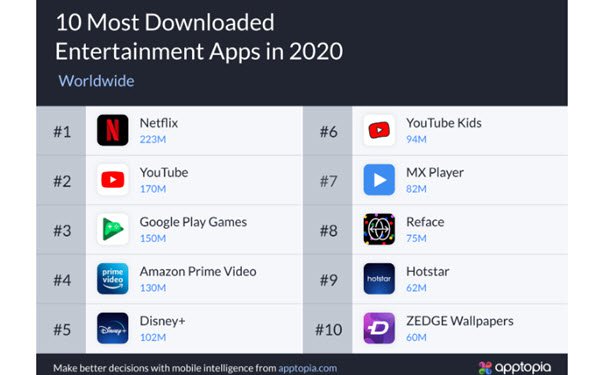 Looking at the top 10 U.S. apps across all categories, TikTok, with 89 million downloads, reigned despite — or perhaps because of — the Trump administration’s relentless efforts to ban its use in this country. 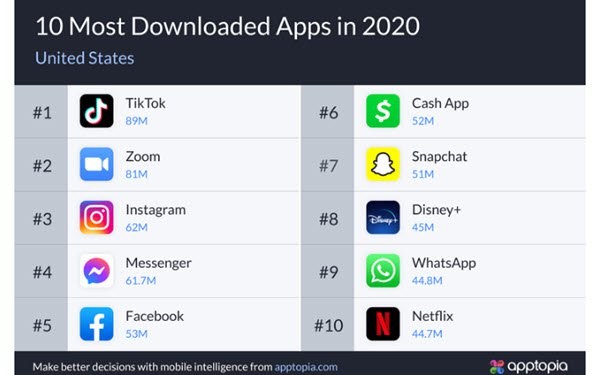 TikTok also led the top 10 worldwide across all categories, with 850 million downloads. Netflix is again at No. 10, with 223 million — but Disney+ didn’t make this cut. 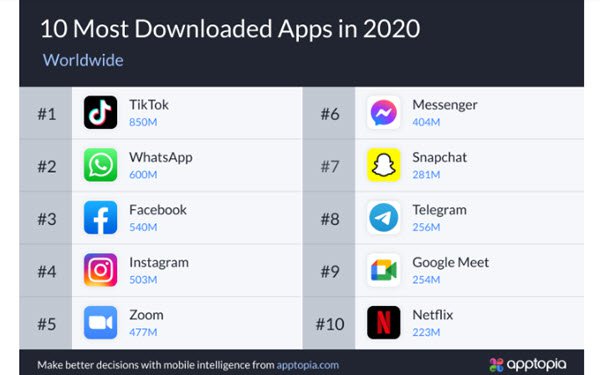 Which apps had the highest grosses?

While YouTube led the top 10 U.S. apps across all categories, with $249 million, Disney+ again outperformed Netflix and other more established VOD services. With $201 million, it came in third, below Tinder ($220 million).

Hulu and Netflix both yielded $92 million, putting them in seventh and eighth place, respectively, in the U.S.

That sales level also placed Netflix at No. 10 on the worldwide gross ranking list.

But Netflix managed to make both top 10 lists despite having stopped taking new customer payments through app stores in December 2018. If it were still selling in those stores, Apptopia would likely top one or both lists, notes Apptopia. 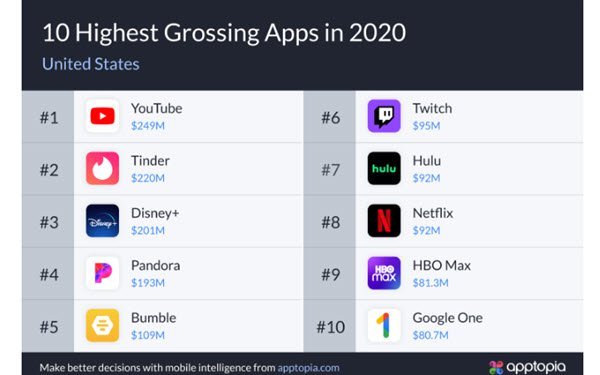 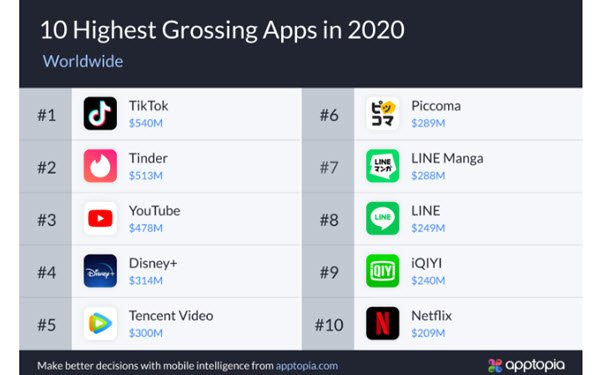