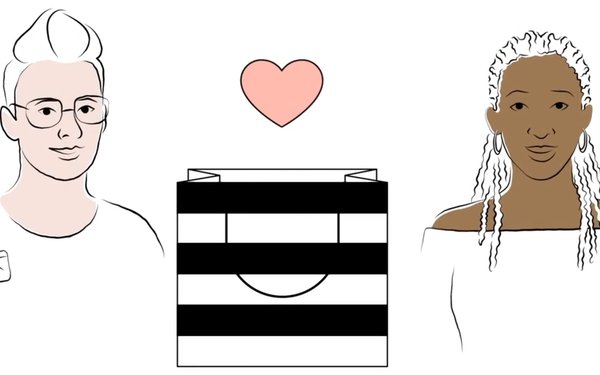 In a first-of-its-kind study, beauty retailer Sephora is owning up to an ugly reality: Stores are the place where people of color are most likely to experience racism.

As a result of its findings, Sephora says it is implementing a series of changes in its U.S. stores, which may well shake up other retailers' policies. Those include fewer security guards, mandatory training in unconscious bias, a uniform greeting system, and incorporating diversity and inclusion goals into annual performance reviews.

The changes are based on a study it commissioned called the “Racial Bias in Retail Report.” The effort kicked off in the fall of 2019, shortly after Sephora weathered a blast of criticism over its own behavior.

The furor started with SZA, a Grammy-nominated R&B star who is both Black and a former Sephora associate. When a store employee called security on her as she browsed, she started a social-media storm.

It generated so much heat that Sephora, which uses "Beauty for all" as part of its positioning, shut down all its stores for (just one hour of) mandatory diversity training.

The study, conducted by Kelton Global and LRW and four different academic partners, draws on responses from more than 3,000 shoppers and 1,700 retail employees.

The researchers found that Black retail shoppers are 2.5 times more likely to be mistreated in stores. One in five retail workers has personally experienced unfair treatment -- either by coworkers or customers -- because of their race.

Other research has found similar results. Last year, Kantar's 2020 U.S. MONITOR reported that 35% of African Americans experienced discrimination in the prior year, with almost half (48%) while shopping,

Retail isn't bad just for customers of color -- it's hard on employees, too. Glossier, the D2C beauty company, recently apologized to its employees. Many reported experiencing constant casual racism, like managers refusing to learn Black employees' names or a "the customer is always right" attitude, even when customers were openly hostile.

Sephora's report lists five truths, including ways BIPOC people cope, such as shopping online to minimize or avoid an anticipated biased experience, or not voicing concerns about negative experiences directly to retailers.